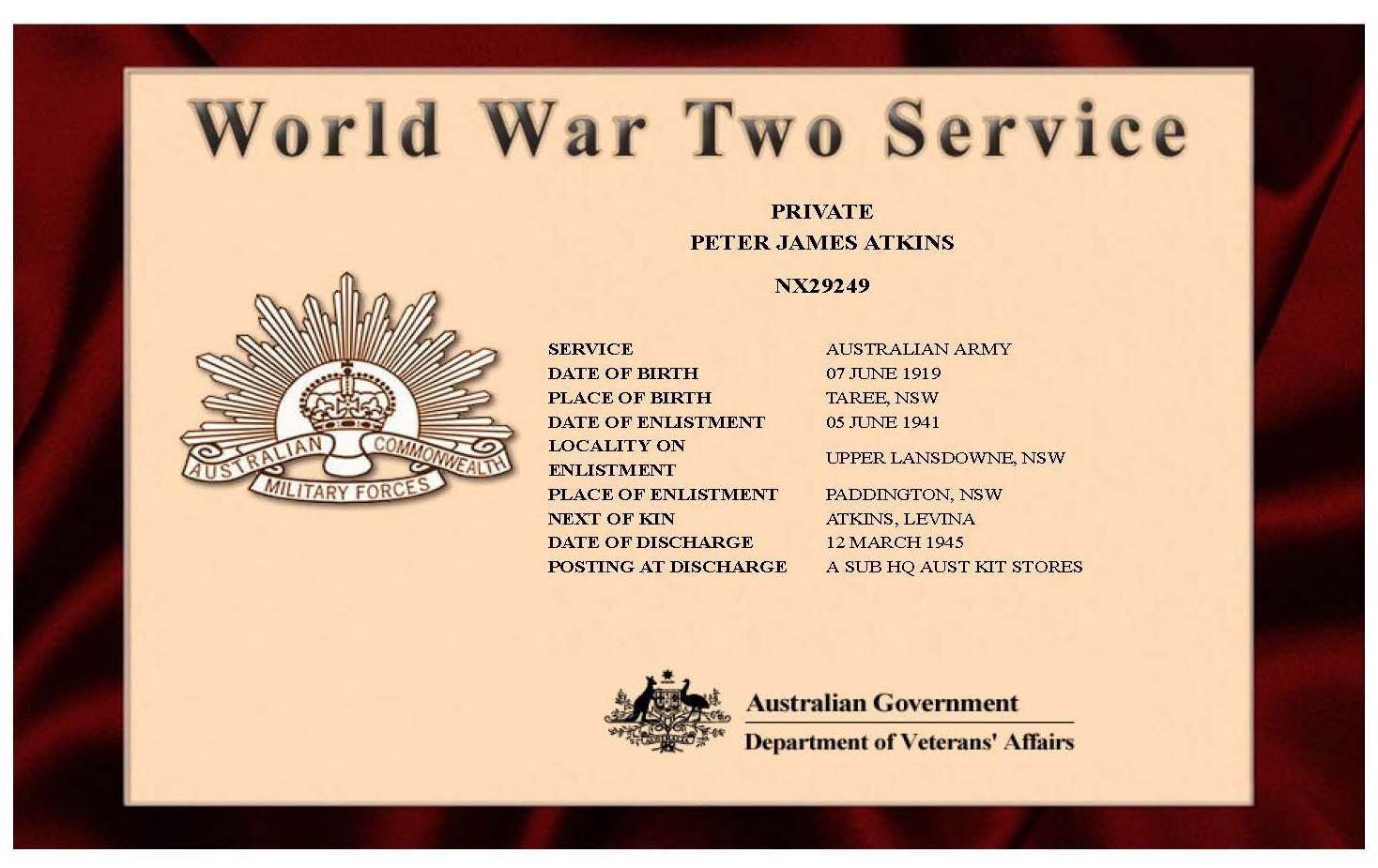 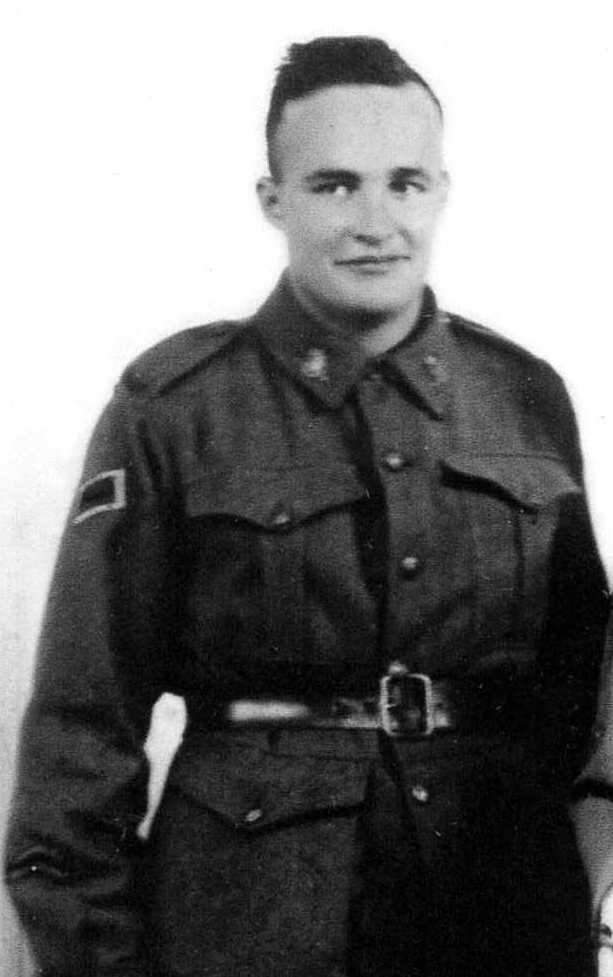 Peter James Atkins was born at Taree on 7 June 1919. He attended Upper Lansdowne School along with his brothers and sisters. He was aged 21 years when he enlisted in the Australian Army at Upper Lansdowne on 5 June 1941 and stated his mother Lavinia (Levina) Atkins as his next of kin, his father William having died in 1927.

Peter worked on the family dairy farm at Mt Coxcombe prior to enlisting.

He was stationed in Palestine when Darwin was bombed and his regiment was sent back to the Northern Territory where he stayed for the remainder of the war. When Peter was discharged on the 12 March 1945 he was working in the kit stores.

Peter married Elsie May Mills in 1943 and while Peter was away at war his wife Elsie lived on the Mills family farm on Koppin Yarratt Road, Upper Lansdowne.

Peter returned to Upper Lansdowne in 1951 and worked in sawmills and did handyman work. He and his family were living just up from the Upper Lansdowne Hall at the time of his death in 1961.

Peter and Elsie had 6 children.