Milton was born at Taree on 31 August 1921 and was reared on his parent’s dairy farm on Cicolini Lane, Upper Lansdowne and attended the Upper Lansdowne School. After finishing school Milton was working in Sydney electroplating and polishing stones.

He enlisted in the Australian Army on 21 August 1940 at Upper Lansdowne listing his father James McLaughlin as his next of kin. He was posted to the 13/33 Australian Infantry. During Milton’s time in the Army he suffered being gassed and nearly lost his life. He was then transferred to the RAAF.

Milton was discharged from the Army on 19 November 1941.

On 9 December 1941 Milton enlisted into the Royal Australian Air Force and became a Leading Aircraftman.

He was discharged from the Air Force on 4 December 1945.

In 1944 Milton married Olga Mavis Simpson at Bulli. They had 2 children: Carol and Bruce.

In the early 1950s Milton returned to Upper Lansdowne and purchased the family dairy farm from his brothers, his father having died in 1948. He and his family ran the dairy farm until the late 1960s when he sold the farm to Claude Cicolini.

Milton died on 21 January 1994 aged 73 and is buried at Dawson River Cemetery. 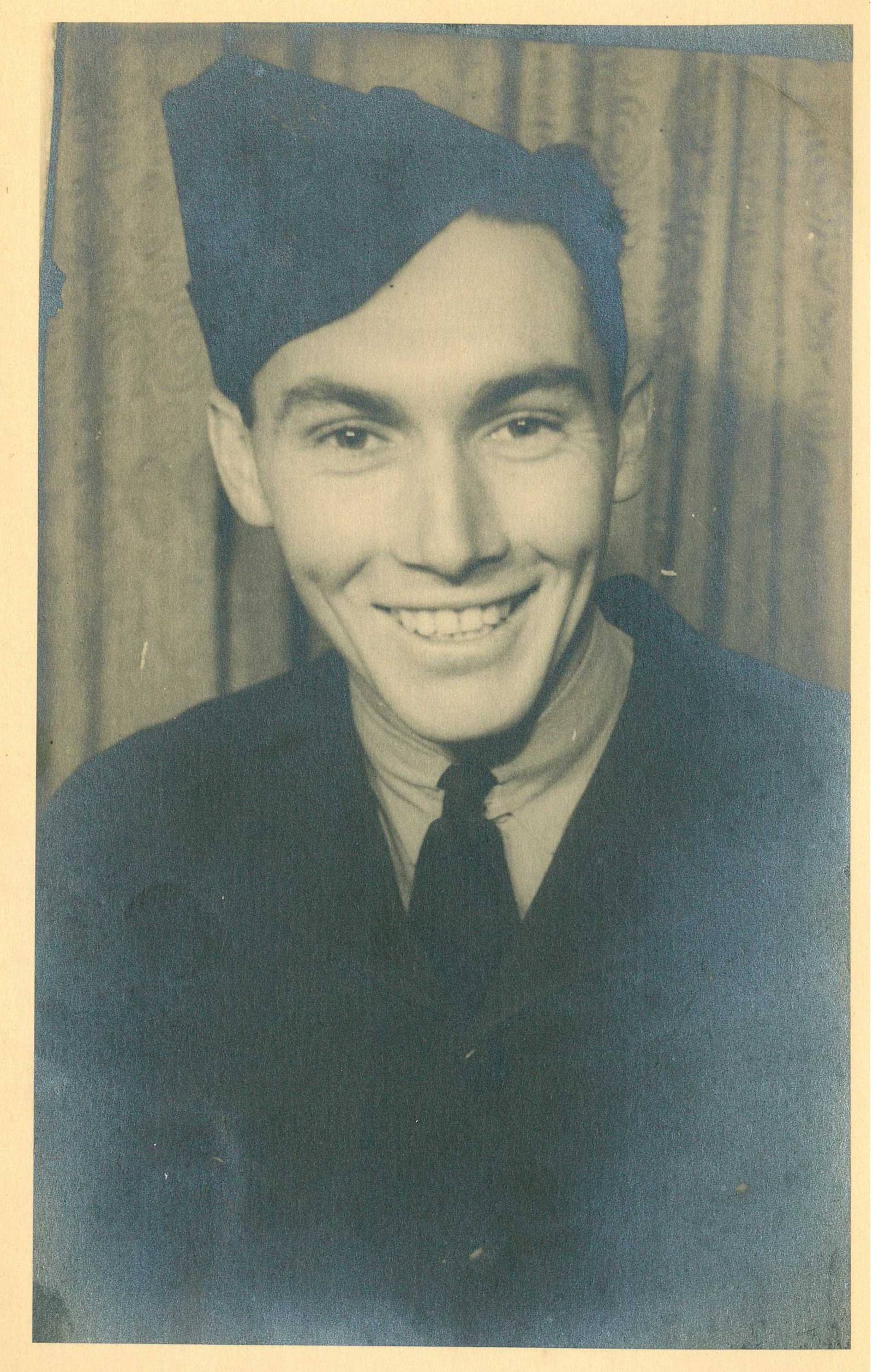 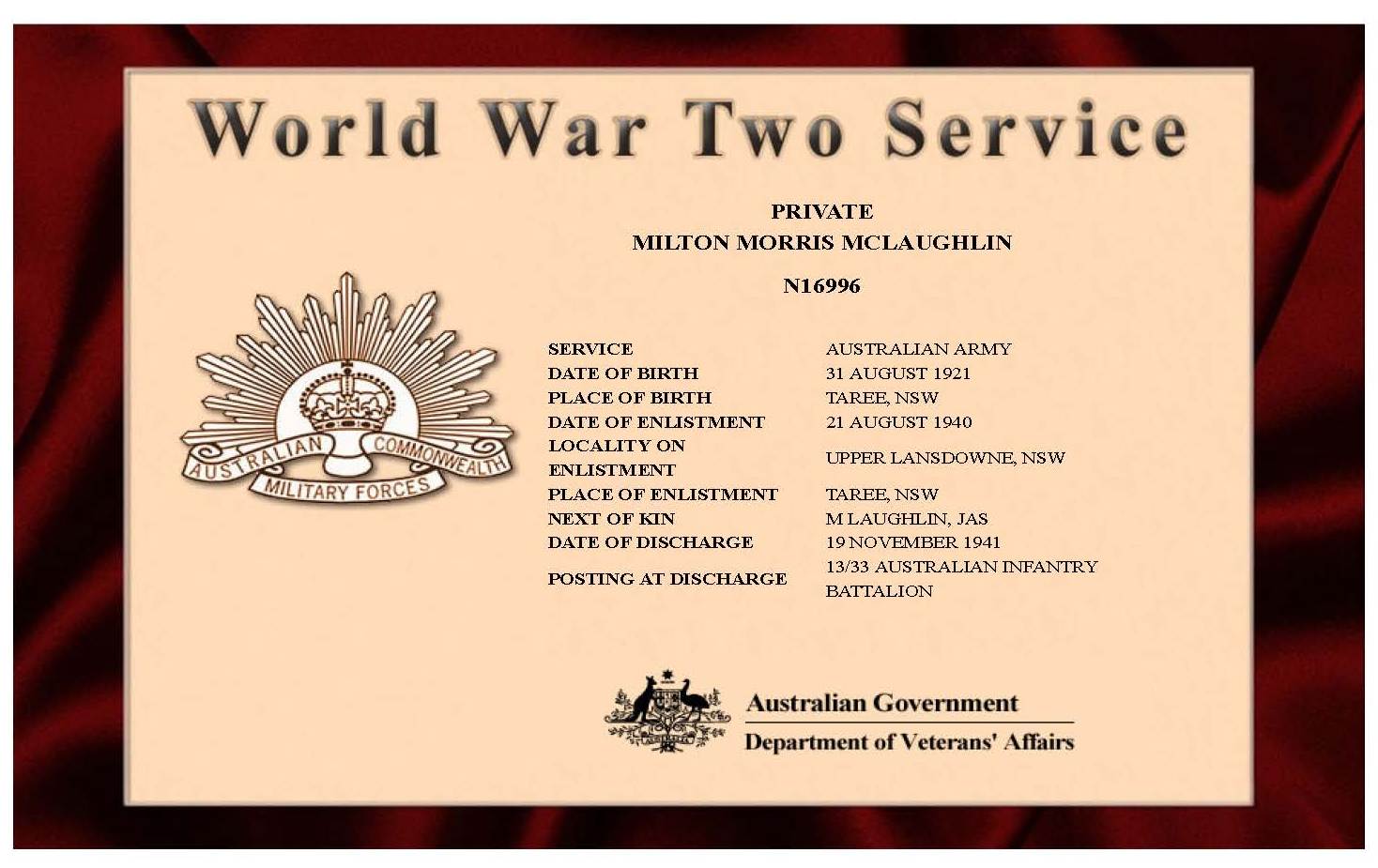 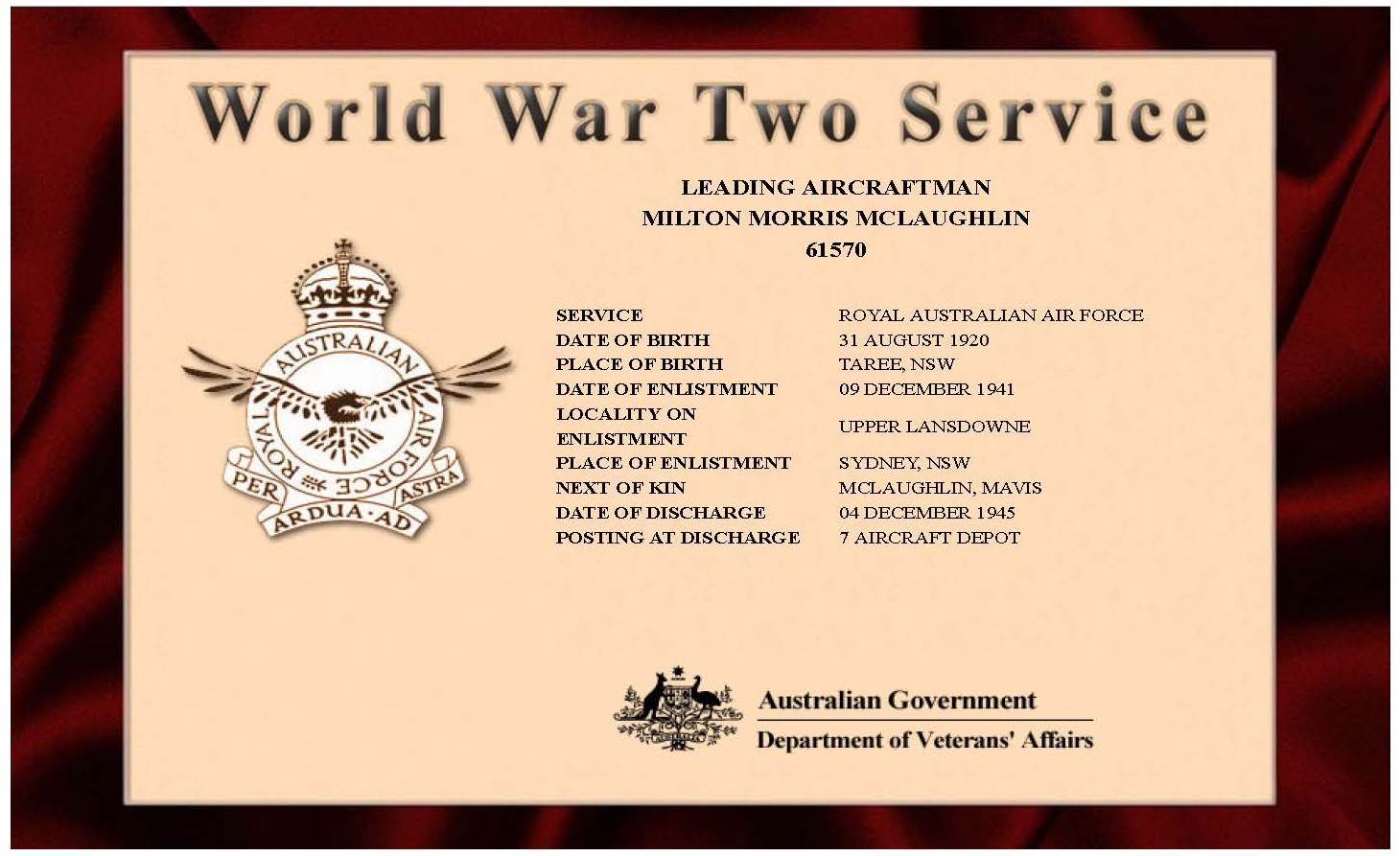