Kenneth Whatson was born at Lansdowne on 9 April 1919 the 2nd child of Frederick Whatson and Millicent Lacey. He attended Koppin Yarratt School. After leaving school he did labouring work around the valley and was working at Comboyne at the time of his enlistment. Ken was aged 22 when he enlisted at Innes View, Comboyne on 16 December 1941 and stated his father Frederick Whatson as his next of kin.

After enlisting in the Australian Army, Ken was taken to Dubbo and then Bathurst where he did his training. On 8 May 1942 Ken was transferred to the 36 Australian Infantry Battalion and embarked overseas on 24 May 1942 arriving in Port Moresby on 7 June 1942. On 30 December 1942 Ken received a gunshot wound to the chest and was transported back to Australia on 2 January 1943 to recover. Ken embarked for New Britain arriving in Lae on 8 October 1944. He returned to Australia on 20 June 1945 on board the Taroona arriving in Brisbane. Ken was discharged on 24 April 1946.

A history of the 36 Australian Infantry Battalion in WW2 is attached.

After the war Ken purchased the family dairy farm on Hogans Road, Upper Lansdowne from his father. In 1946 Ken married Mavis Sowter from Oxley Island. Ken continued dairying until 1975 when he sold the farm and moved to Cundletown. After moving to Cundletown, Ken worked in various timber mills and also at the hospital. 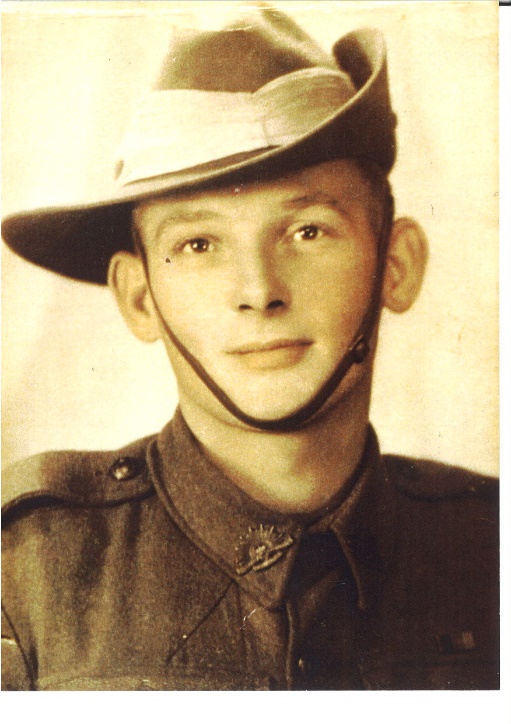 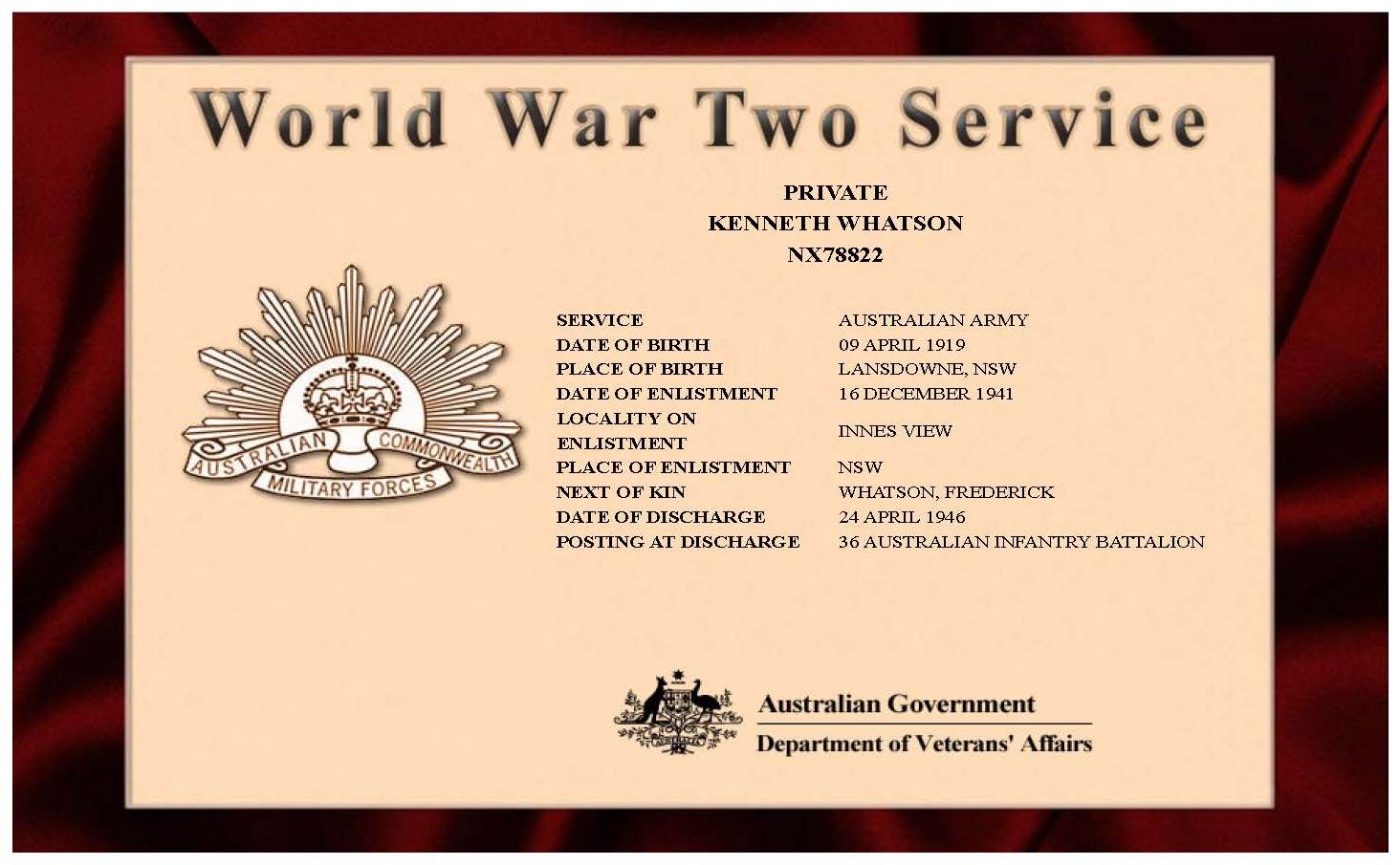 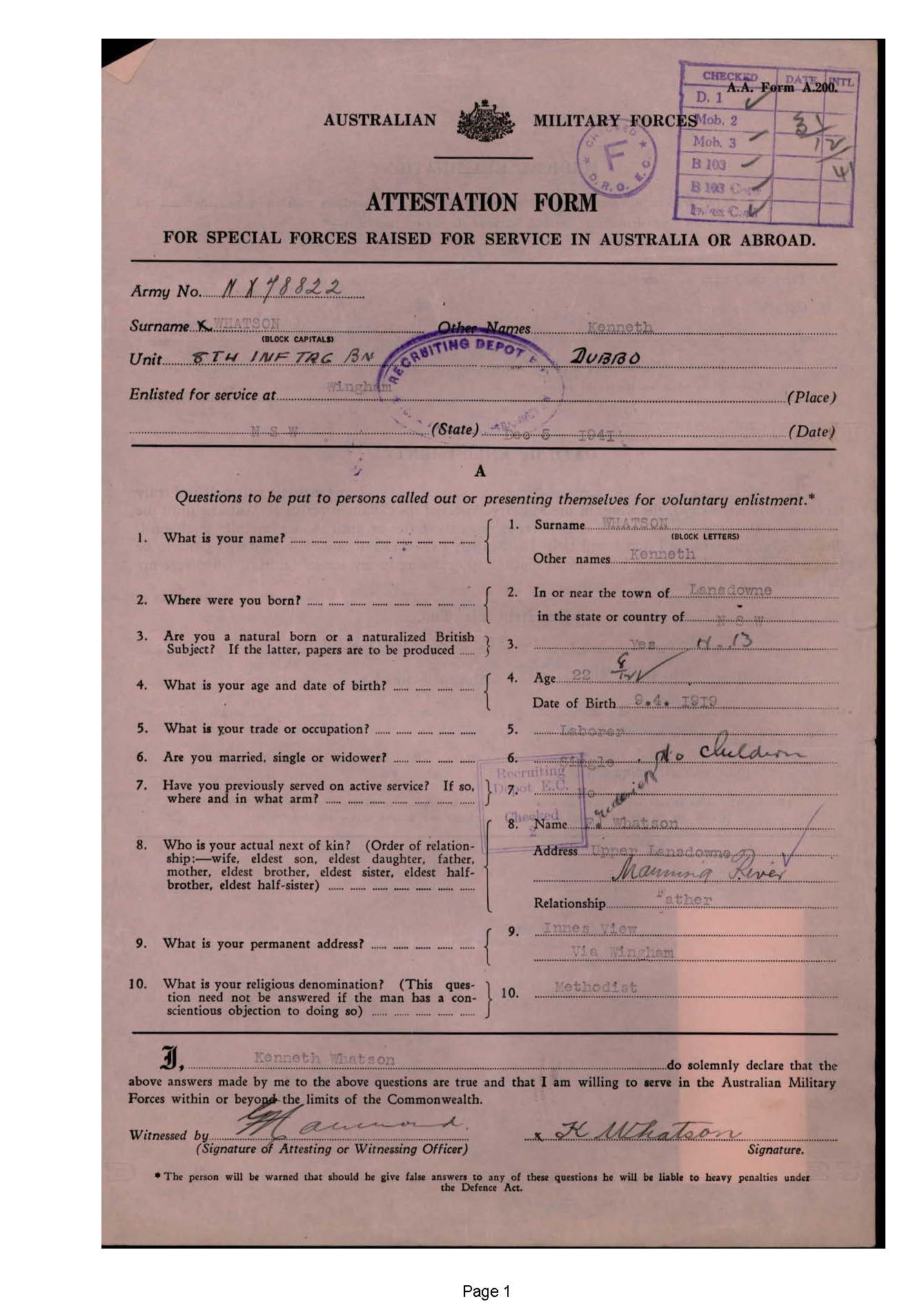 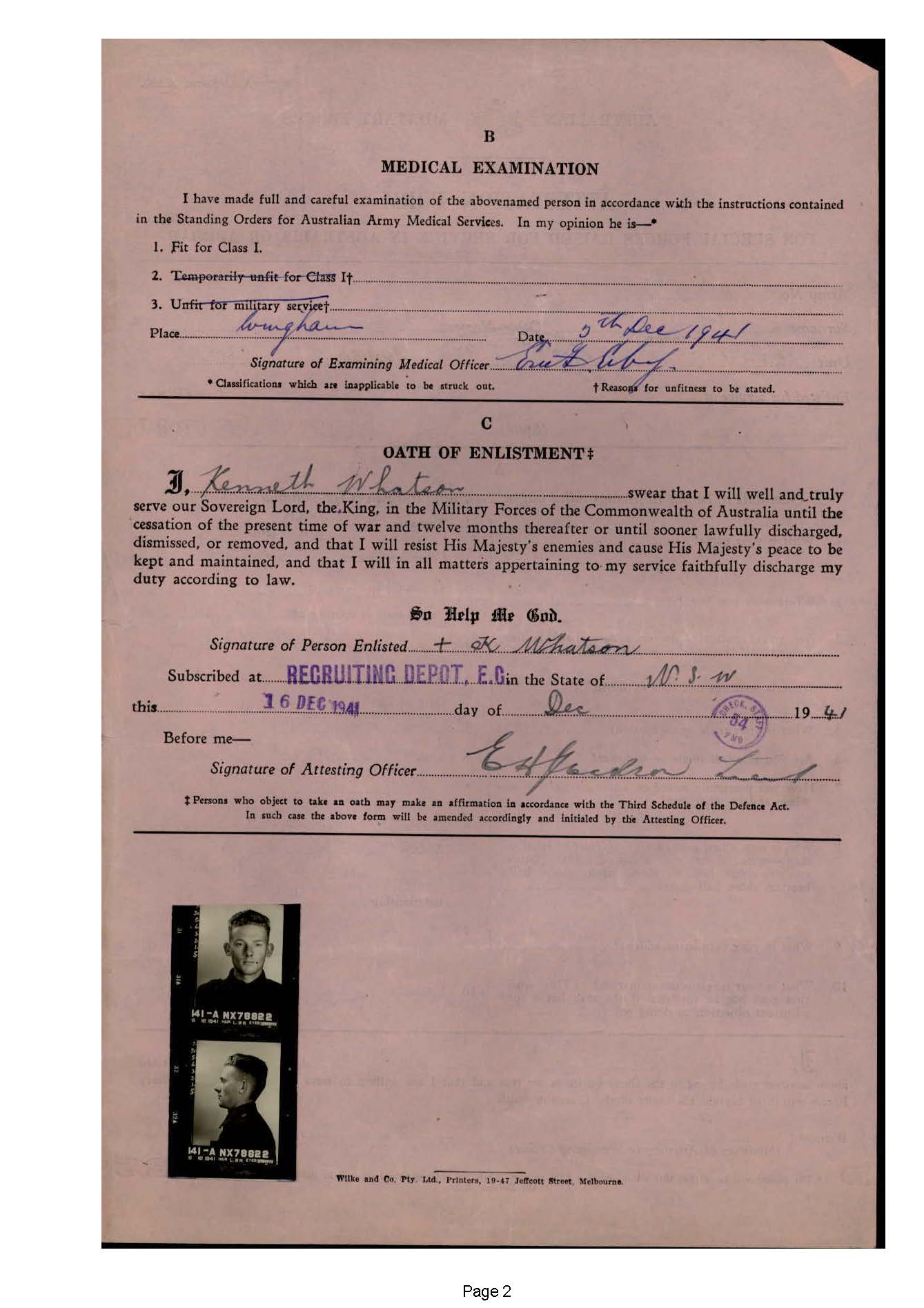