Samuel’s brother, Thomas, enlisted on the 9 February 1915. His enlistment form states that he was working as a butter factory assistant on the Comboyne giving his brother N Steep as his next of kin. His age is listed as 22 years.

The brothers were allocated to the same regiment and left together on the “Suevic” on 13 June 1915. Thomas served on the Gallipoli Peninsula where he was promoted to Lance Corporal on 10 August 1915 then returned to Alexandria where he was taken on the strength of the 12th L.H. on 22 February 1916. He was promoted to Temporary Corporal on 27 August 1915 and to Signal Sergeant on 10 December 1916 following his training at the Signal School at Zeitoun. On 28 October 1917 he was promoted to 2nd Lieutenant and following a stint at the School of Instruction was promoted to Lieutenant on 28 January 1918. He attended the 22nd Signal Course and became a qualified signaller during 1918. Thomas was admitted to the 14th A.G.H. at Cairo on 8 March 1919. He was discharged on 22 March 1919 and took up a position at Olden’s Force to help suppress Egyptian nationalist rebels. He returned to hospital on 14 April 1919 and on being discharged took up a position with the Army Reinforcement Unit. During his time in the Middle East, Thomas served in Gallipoli, Egypt, Palestine, Syria, Special action at Maghana, 2nd Gaza, Es Salt and Damascus. His official record states; ‘A most competent signalling officer and one who would be capable of carrying out any administrative duty which a junior regimental officer might be called upon to do, he has at times acted as Adjutant. He is physically fit.’ 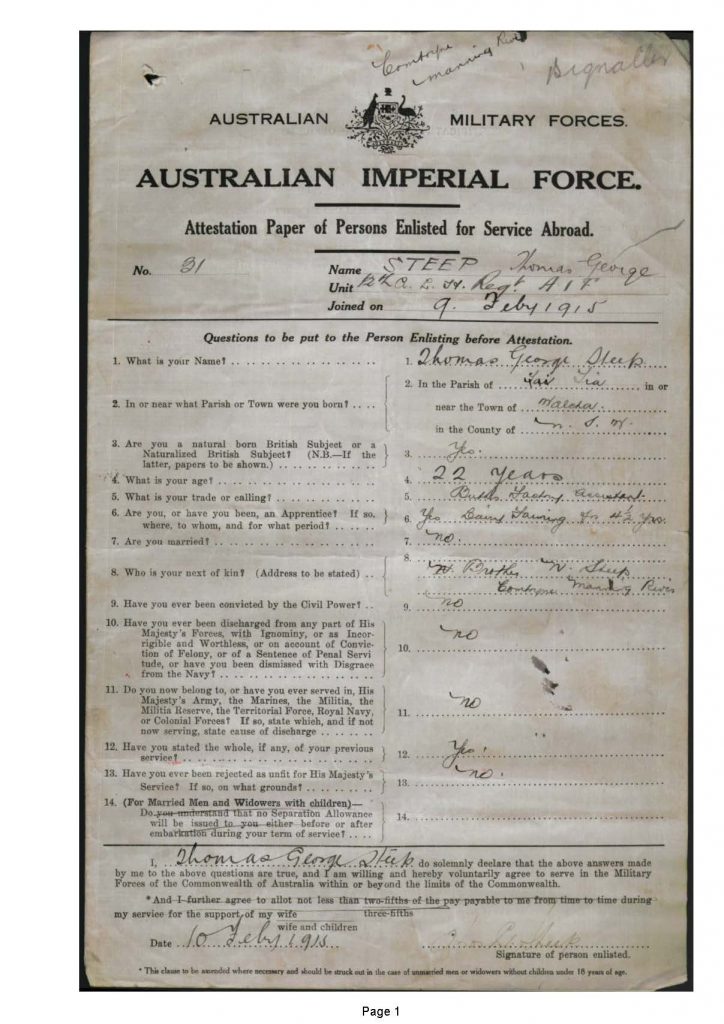 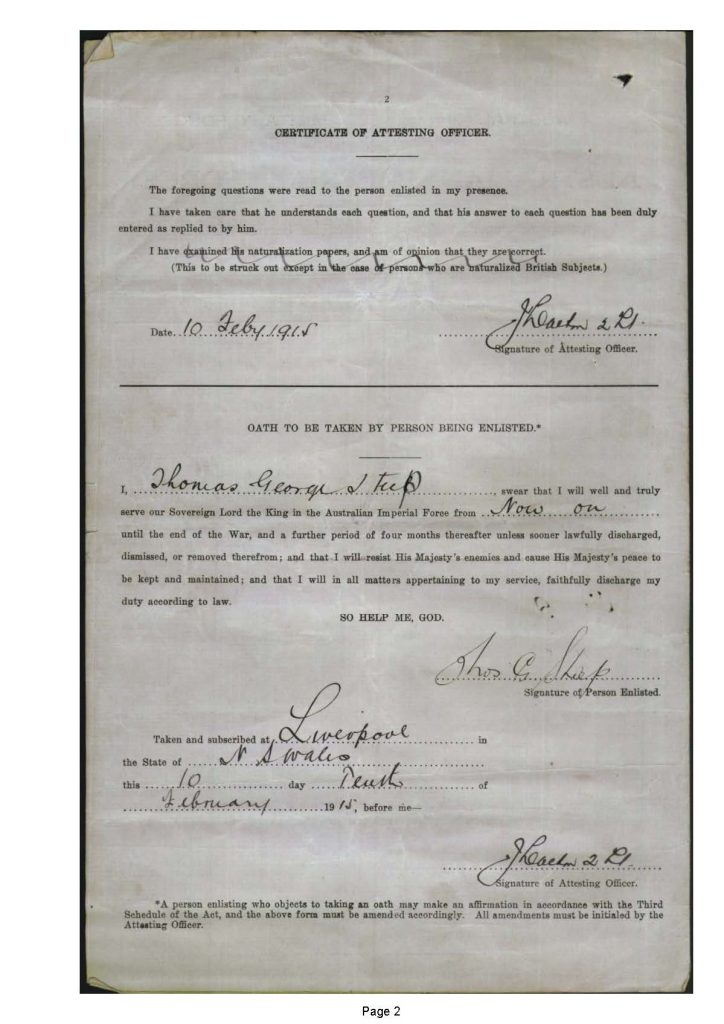