Oliver was born in Taree and was working as a teacher in Sydney when he enlisted on 31 July 1916 at the age of 26. He nominated his father, Martin McLaughlin of Upper Lansdowne as his next of kin. Oliver was allocated to the 8th Battalion, 22nd Reinforcements and after initial training left on the “Port Napier” from Sydney on 17 November 1916. He disembarked at Devonport on 29 January 1917, proceeded to Durrington for training before crossing to France on 19 April 1917 and joining the 8th Battalion in the field. Whilst in England he was promoted to E.D.P. Corporal but reverted to private on arriving in France. Oliver spent two weeks in hospital in December with a fever and was only back with the unit for a week before he was diagnosed with scabies. He re-joined his unit on 19 December 1917 and on 28 January 1918 returned to hospital for a week. On 22 August 1918 he was admitted to the 2nd Auxiliary Hospital with trench fever while he was on leave in England. Oliver was discharged on 27 April 1918 and reported to No 1 Command Depot. He moved on to the Overseas Training Brigade on 7 June 1918 and while there succumbed to influenza. He only spent a week in hospital before returning to the training brigade and then on to France on 22 November 1918. He joined his unit briefly but was then transferred to the 3rd Company A.A.S.C. on 3 December 1918. Oliver was then promoted to Temporary Corporal while he performed the duties of an Educational Instructor. On 5 April 1919 Oliver returned to England and was granted leave to attend the London Day Training College at Southampton Row, London. He remained there until 21 July 1919 and on 22 August 1919 returned to Australia on the “Anchises”. 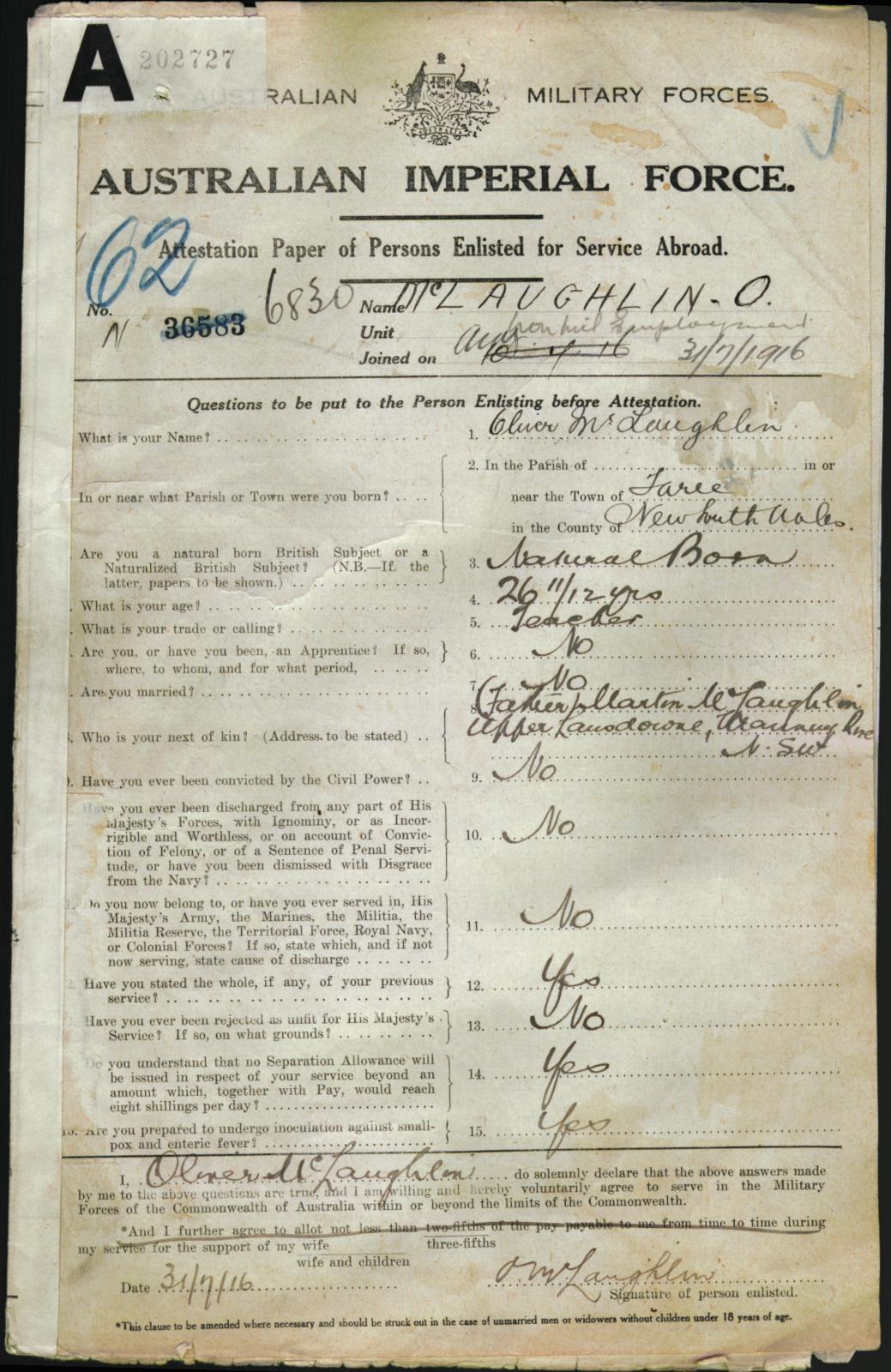 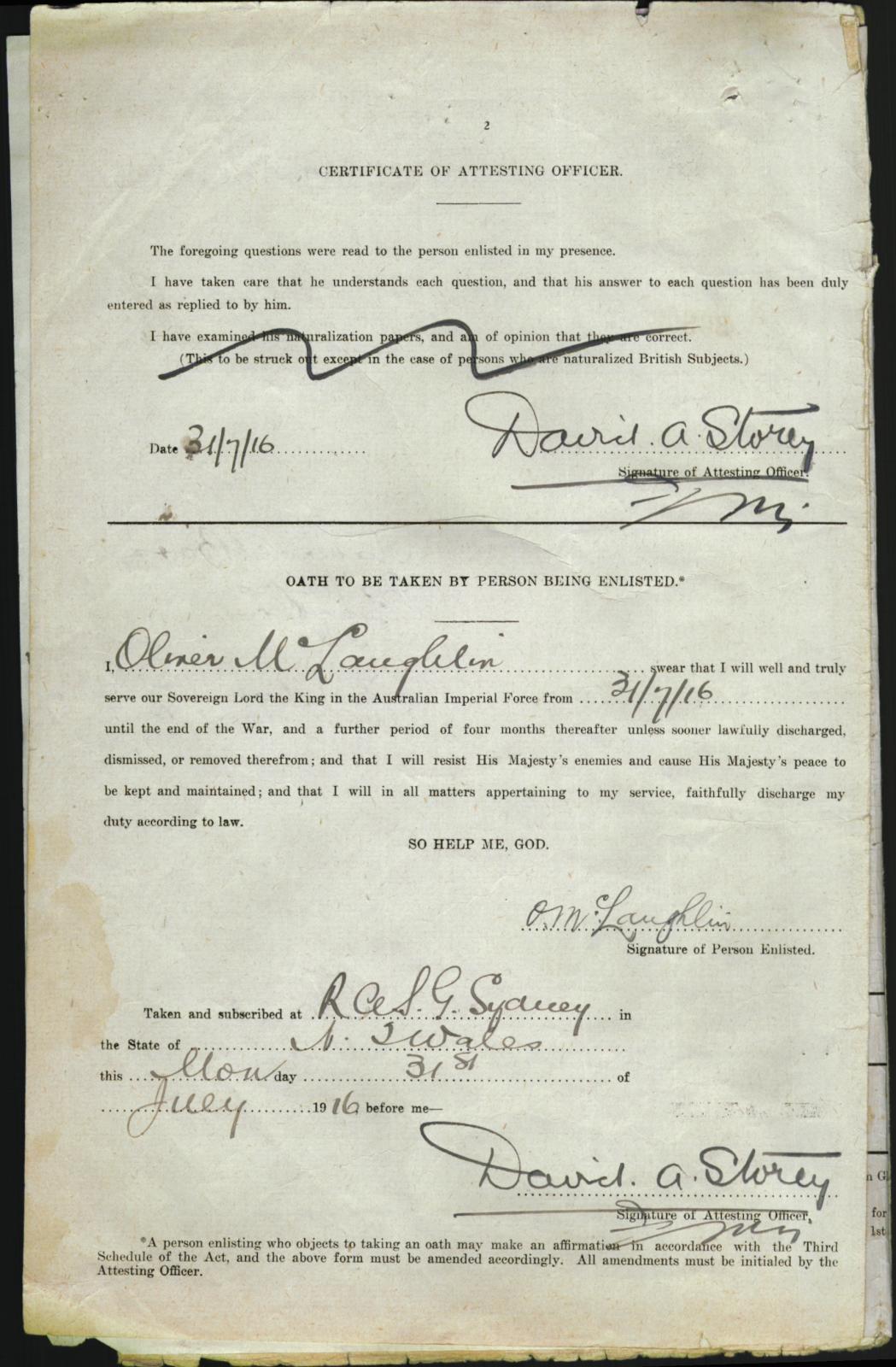 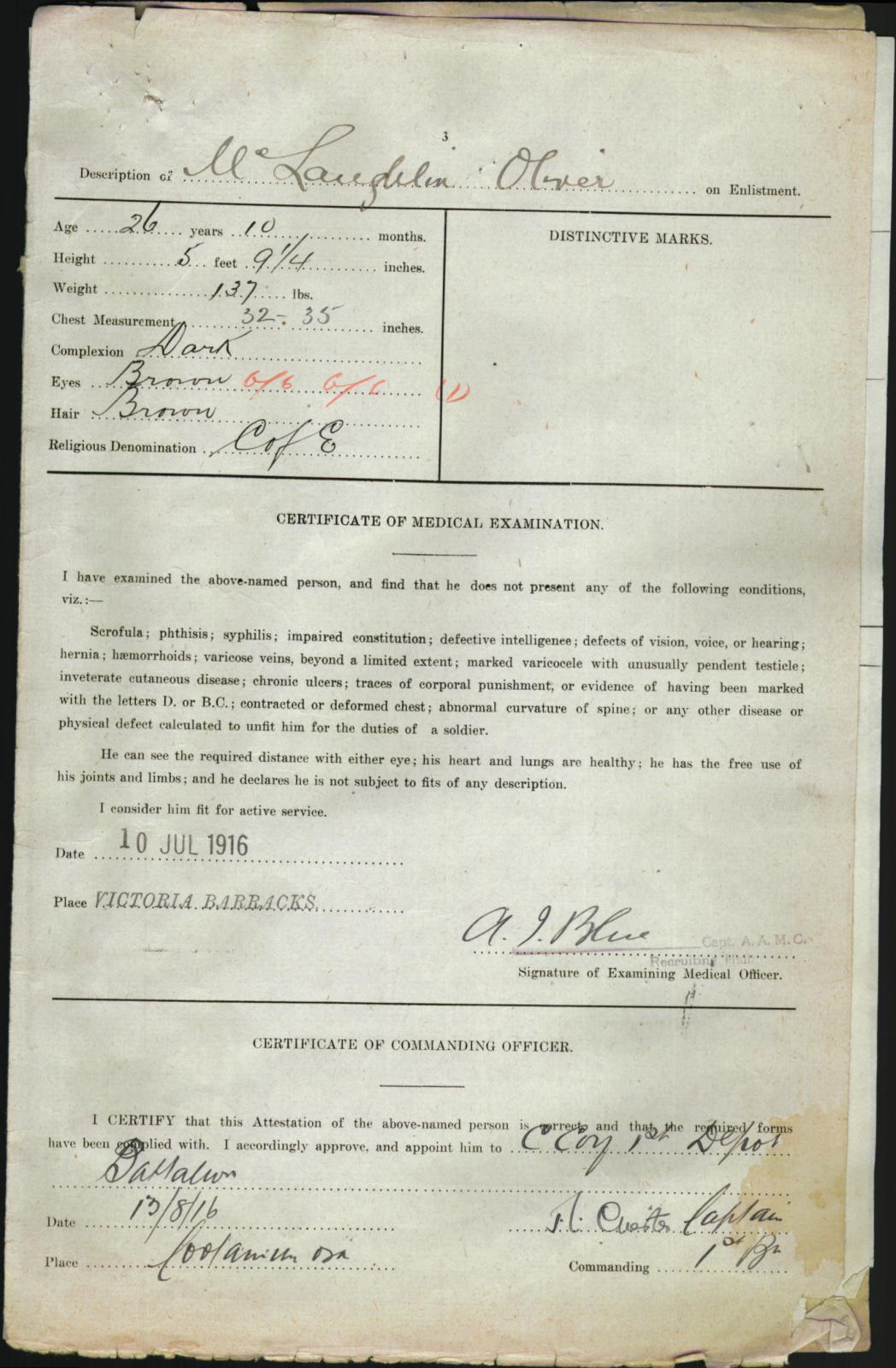