Joseph was born at Dungog but was living with his father at Harrington, Gloucester River when he enlisted on 11 January 1915. He was employed as a labourer and was 26 years of age. He was allocated to the 7th Light Horse Regiment, 5th Reinforcements and left from Newcastle aboard the “Kabinga” on 21 May 1916. He reported for duty at ANZAC on 6 August 1915 and on 21 September 1915 succumbed to pyrexia and was transferred to the hospital ship which took him to Malta where he was diagnosed with bronchitis. He re-joined his unit on 6 February 1916 and marched out to Serapeum on 25 February 1916. Joseph was wounded in action on 9 August 1916 at Bir El Maler receiving a gunshot wound to the elbow and was transferred by hospital train firstly to Kantara and then on to Cairo. He was discharged on 6 October 1916 and taken on the strength of the 2nd L.H. at Moascar. However his left elbow was still causing trouble and he reported to the 26th Stationary Hospital at Ismailia. They sent him on to the 14th General Hospital at Cairo where the decision was taken that he should return to Australia. He sailed on the “Euripides” on 29 January 1917.

After the war Joseph settled in Taree. 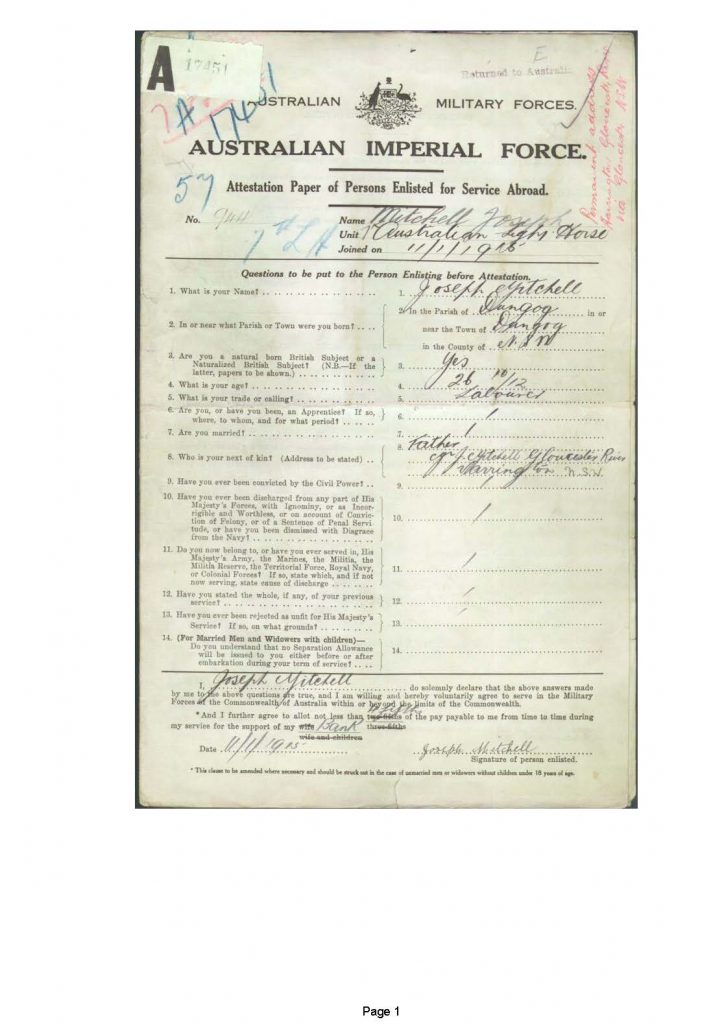 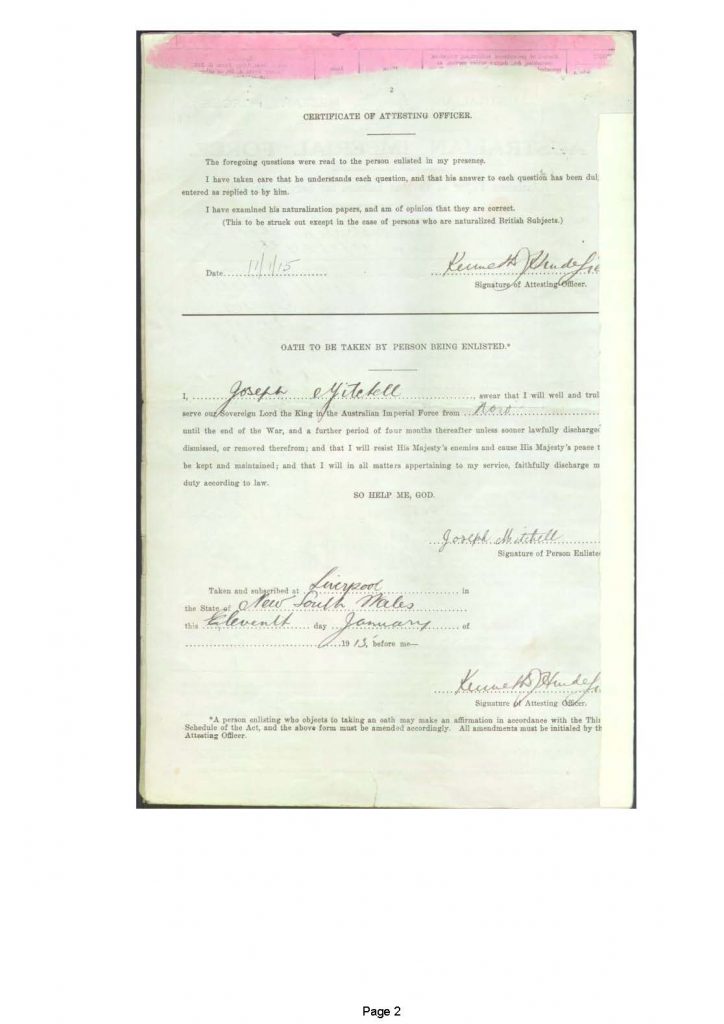 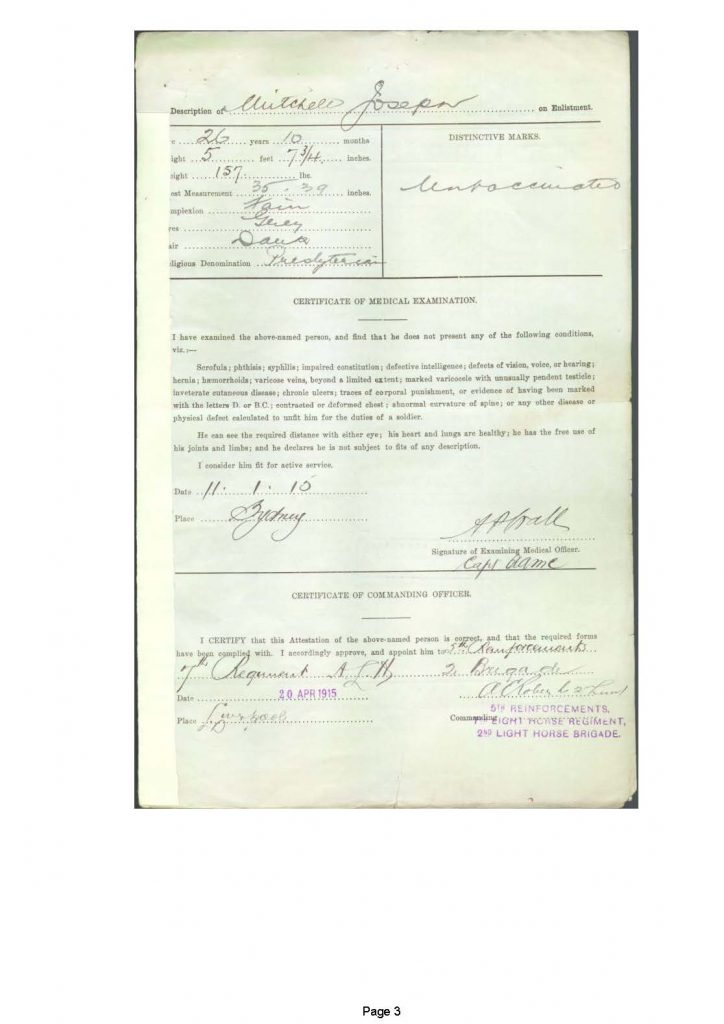