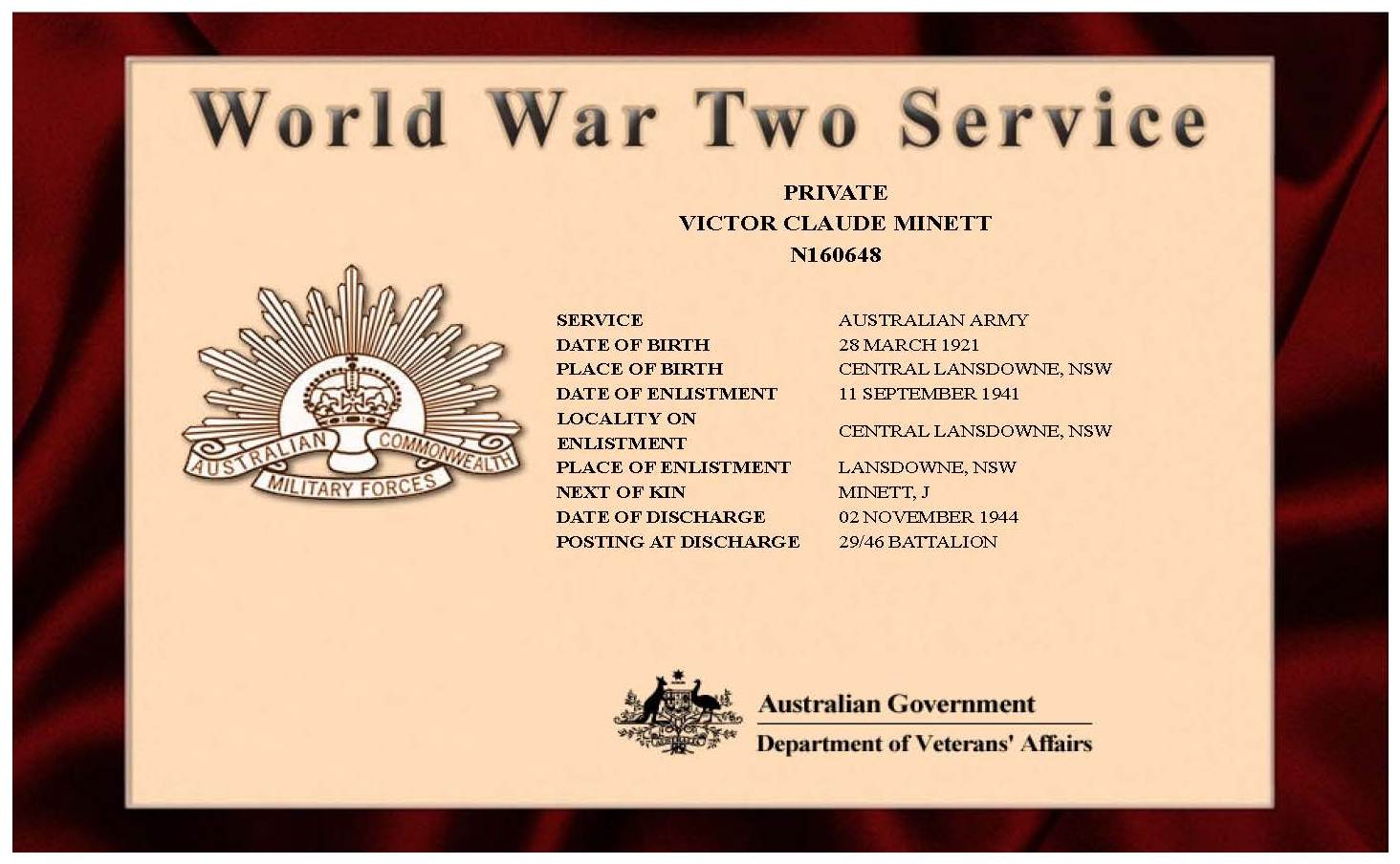 Victor Claude Minett (Vic) was born at Central Lansdowne on 28 March 1921 to John Cassie Minett and Ruby Pearl Minett (nee Potts). At the age of 20 he enlisted in the Australian Army at Lansdowne on 11 September 1941 and was posted to the 2nd Battalion.

He trained in various locations in New South Wales completing jungle training at “Canungra” before joining the 29/46th Battalion and being deployed to New Guinea in March 1943. The 29/46th was garrisoned at Milne Bay where further jungle training and extensive patrols in search of Japanese soldiers was undertaken, before taking part in the Huon Peninsula campaign. This included action at “Fortification Hill” in support of the 9th Division. The 29/46th was also stationed at Lae and Madang during this campaign. In late 1944, after being deployed for over a year and a half, the battalion returned to Australia. Vic was discharged from the army on 2 November 1944.

After leaving school he worked on the family farm and as a farm hand on neighbouring farms when work was available. The pay for hand milking 20 cows was two shillings (approximately $3.75 today, 2019). He was also a member of the Upper Lansdowne Junior Farmers and played cricket for a short while with the Upper Lansdowne team.

On his return from the war, Vic continued to work on the family dairy farm. He and Phyllis were married in Scone on 1 September 1951. Phyllis had initially written to Vic after having read in the “Woman’s Day” of a request for people to write to returned servicemen. They began to correspond and a lifelong bond formed.

Phyllis joined Vic at Central Lansdowne where they milked 25 purebred jerseys by hand. Vic also grew and sold vegetables at this time. In the late 1950s when they installed electric machines they were milking approximately 30 cows. Vic and Phyllis stopped dairying in July 1991 when they sold the family farm and moved to Taree.

Vic was treasurer of Lansdowne Rural Youth for many years and Phyllis served on the Upper Lansdowne Hall Committee for 25 years as secretary and was also secretary of the Central Lansdowne P & C. 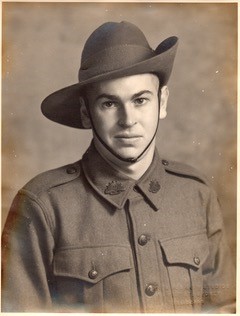 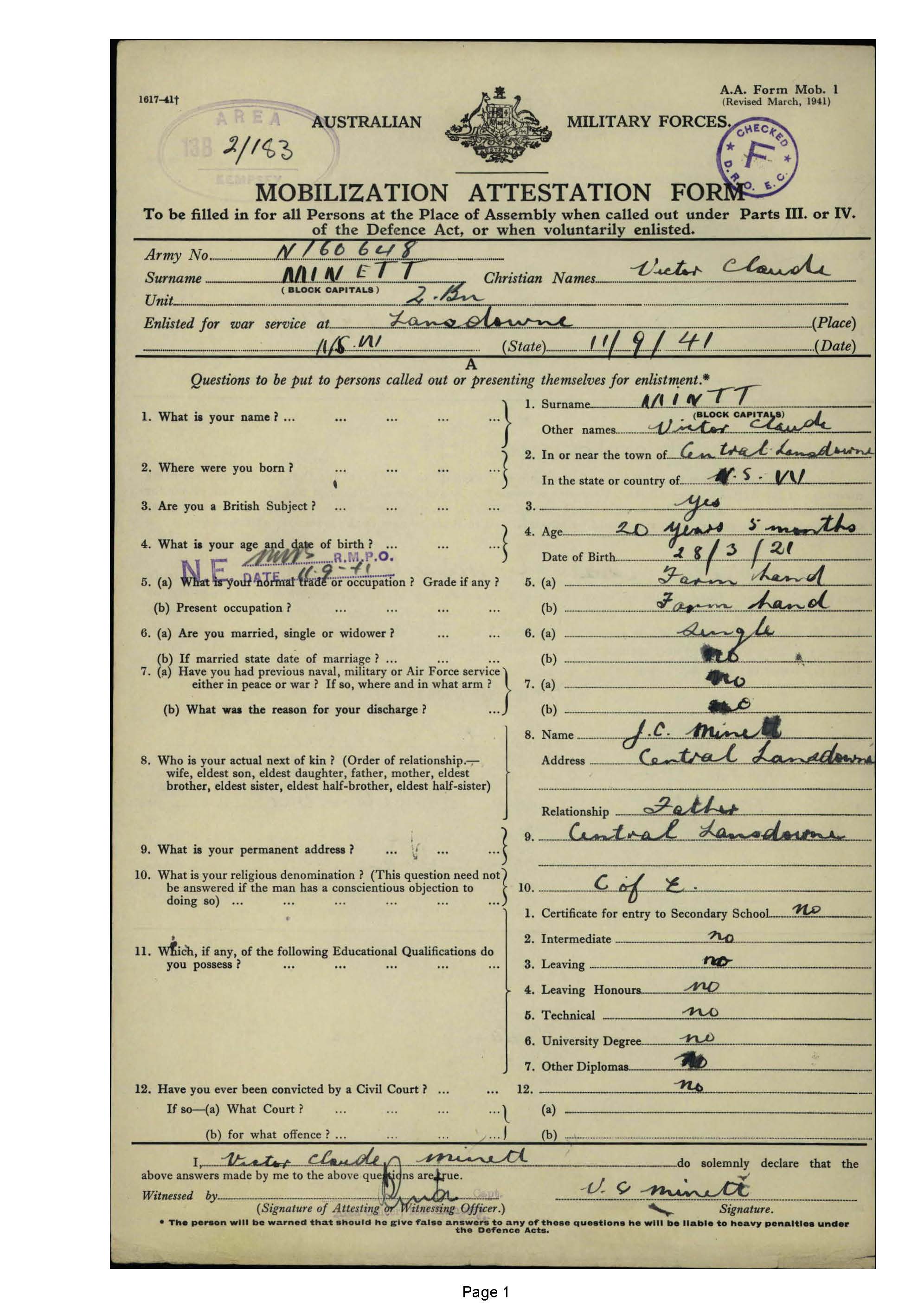 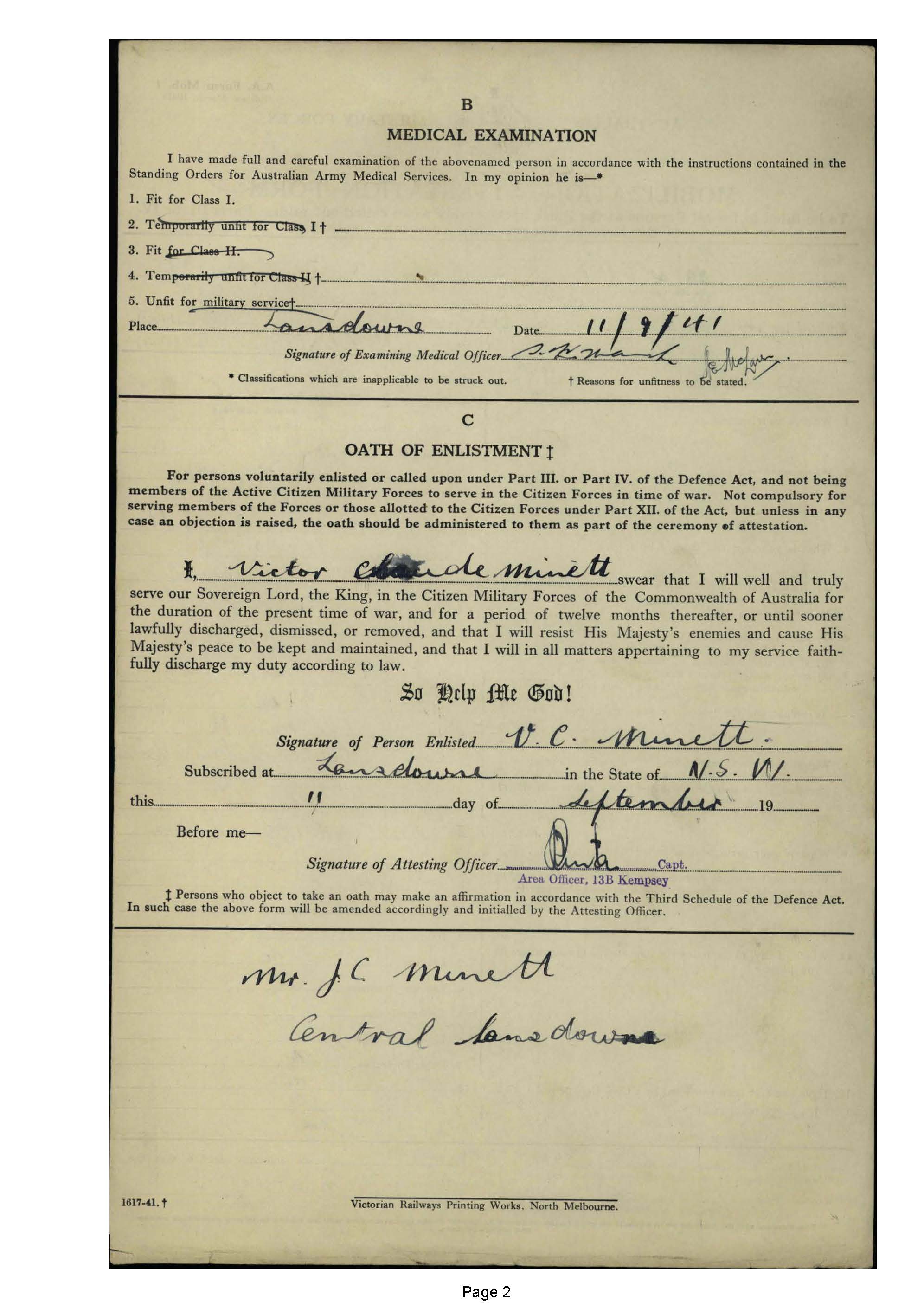