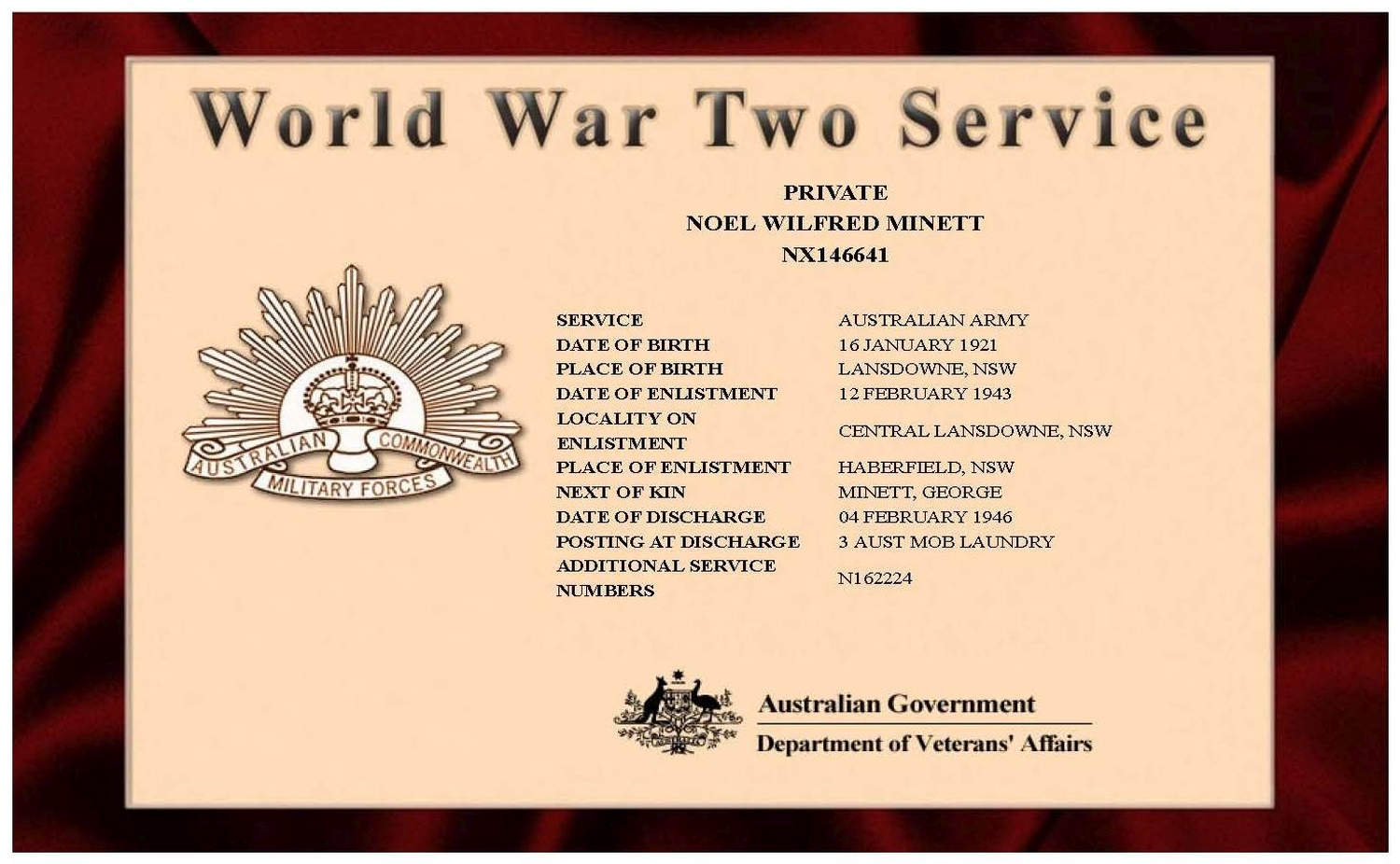 Noel Wilfred Minett was born at Central Lansdowne on 16 January 1921 to George Archibald Minett and Sophia Unicomb. He originally enlisted on 11 September 1941 into the Citizen Military Forces. When he enlisted in the Australian Army at Central Lansdowne on 12 February 1943 he was aged 22 years and stated his father George Minett as his next of kin. He was originally posted to Infantry Training Brigade. Noel’s other postings included General Details Depot, 9 April 1942; 5 Infantry Training Battalion 11 April 1942; 11 Mobile Laundry 29 April 1942; and 3 Division Mobile Laundry and Forward Decontamination Unit 30 April 1943. He spent 3 months training at Dubbo before being sent to Sydney to work on the wharves. He was then sent to Haberfield to complete a 2 week truck driving course. A move to Mt Gravatt saw him detached from his unit and charged with locating army vehicles which needed repair. He was then sent to Labuan, Borneo with the 3 Australian Mobile Unit as a driver/mechanic where he remained until the war finished.

He was discharged on 4 February 1946. On his return to Sydney he met his 5 month old son John.

After he left school he cleared the family farm of trees and stumps with the help of 4 bullocks and cut oak wood for Lansdowne Bakery. He also worked on various farms around the valley (including McDonalds and Clarrie Drury) milking cows and clearing properties. Noel also had his own blacksmithing business.

During his time at Ingleburn Camp, he met his future wife Hazel Sarah Morris from Canley Vale and they married in March 1944. Hazel and Noel lived with her parents after his discharge from the Army as houses were hard to come by in Sydney. In 1948 they purchased a house in Fairfield. Noel and Hazel had 2 sons, John and Wayne. After the war, Noel obtained work in Sydney and worked for 40 years for Gadsen & Hughes, first at Surry Hills and then at Five Dock. After Noel retired in 1986 they moved to Taree so they could look after Noel’s brother Lester who was still living on the family farm at Central Lansdowne. At this time his sons commissioned a painting of the property where he was born. When Noel turned 90 an article appeared in the Manning River Times setting out “A life to be proud of“.

The family farm at Central Lansdowne was originally owned by Noel’s grandfather George Minett. Eventually Noel’s eldest son John retired to the farm and built a new house on top of the hill. Noel’s grandfather Unicomb donated the organ to the Koppin Yarratt Wesleyan Church. 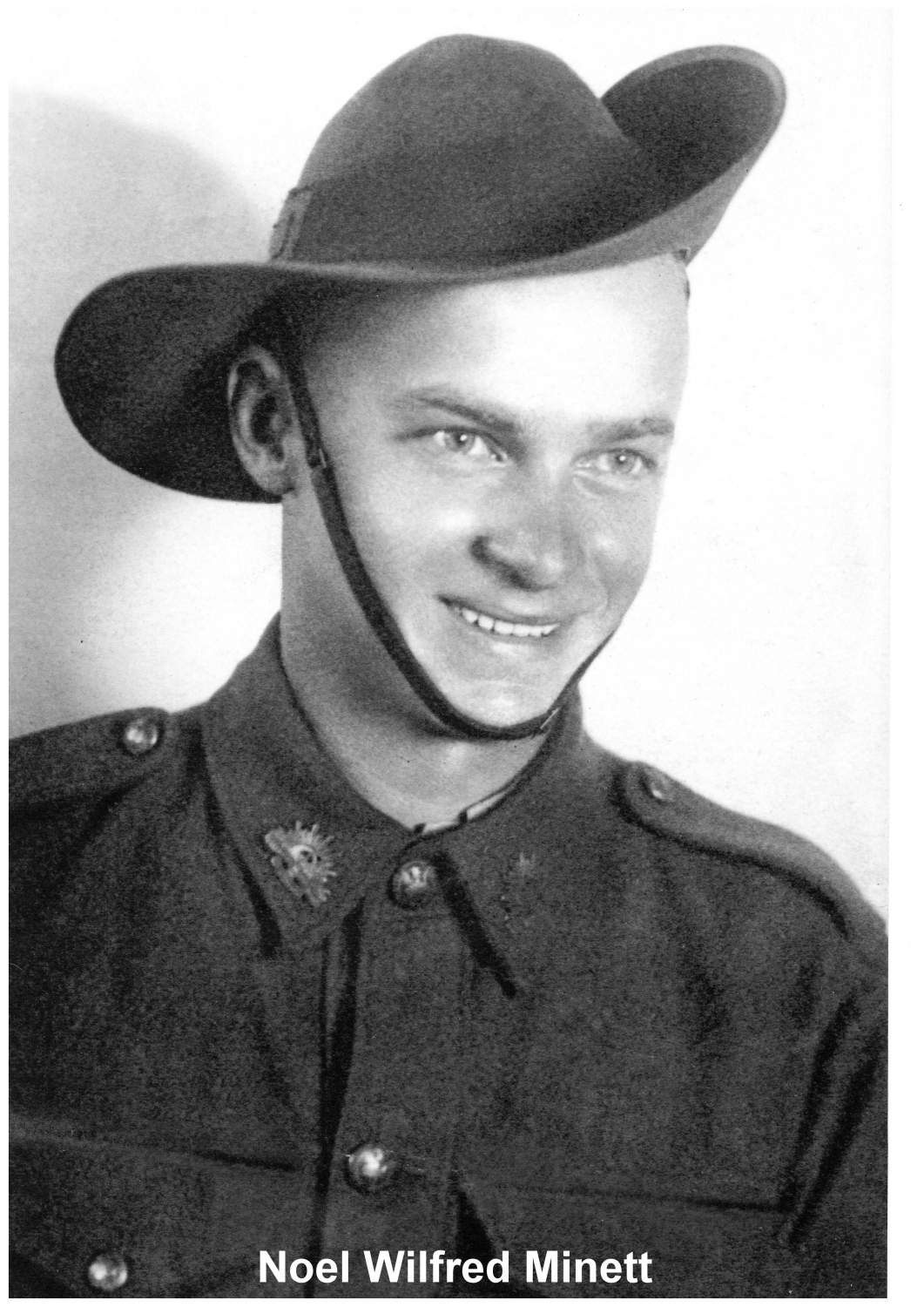