Skip to content
James Hector McLaughlin was the son of James Franklin McLaughlin and Ethel Alice McLaughlin (Tyrie) who were dairy farmers in Upper Lansdowne.

Jim was born at Lansdowne on 4 October 1909 and was reared on his parent’s dairy farm on Cicolini Lane, Upper Lansdowne and attended the Upper Lansdowne School. After leaving school, Jim worked on the family farm and was also a sleeper cutter.

He enlisted in the 4 Battalion Volunteer Defence Corps Part Time on 2 February 1942 aged 33 at Upper Lansdowne listing his wife Ellen as his next of kin.

Jim was discharged from the Army on 30 September 1945.

After the war Jim ran the family farm in Cicolini Lane until his brother Milton purchased it. Jim then moved to Langley Vale where he lived until 1994. During his working life Jim worked for DK Hammond harvesting corkwood leaf and stringybark leaf for processing. 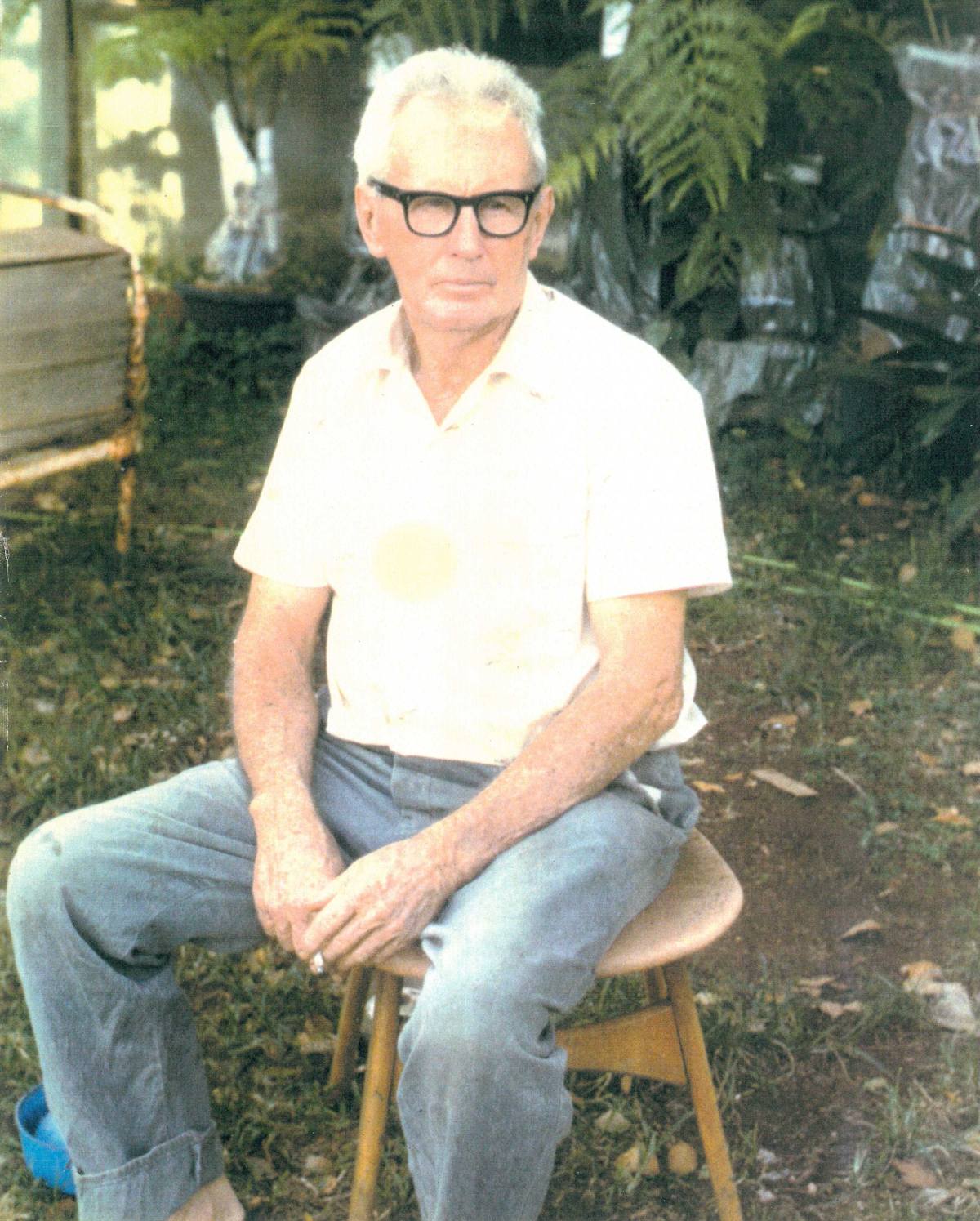 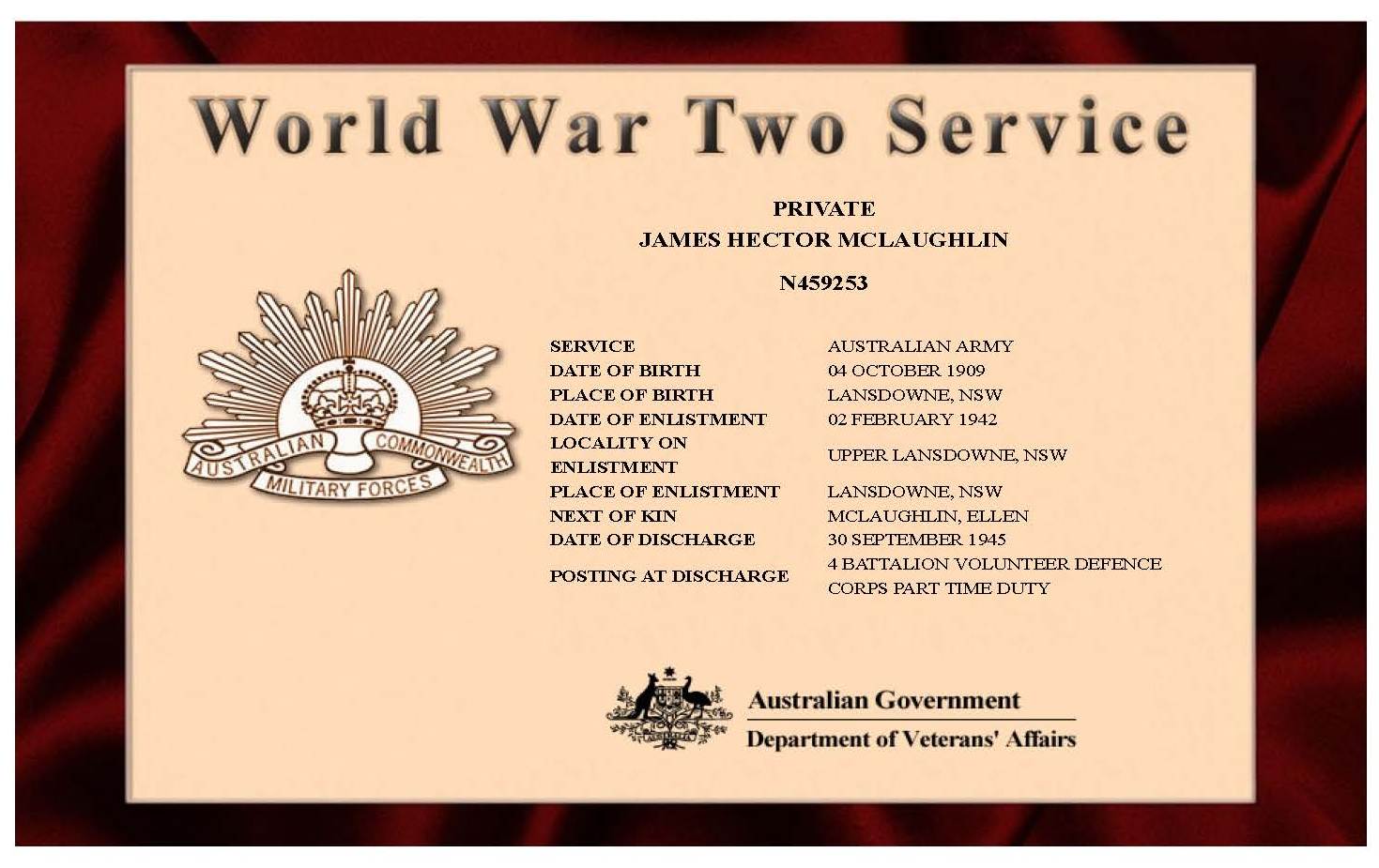