Lawrence Arnold McLaughlin was the son of James Franklin McLaughlin and Ethel Alice McLaughlin (Tyrie) who were dairy farmers in Upper Lansdowne.

Arnold was born at Wingham on 15 April 1911 but was reared and lived on his parent’s dairy farm on Cicolini Lane, Upper Lansdowne and attended the Upper Lansdowne School. On finishing school he became a dairy farmer. With depression hitting the country hard and work difficult to get, Arnold set out on his bicycle to find work in Queensland where he cleared land and laboured in the cane fields.

He enlisted into the 2/3 Australian Infantry Battalion on the 16 May 1940 aged 29 at Upper Lansdowne naming his father as his next of kin. Arnold saw service in Egypt, North Africa, Greece, Syria, Lebanon and New Guinea. He spent 3 months in Sri Lanka, then 3 months in the Owen Stanley Ranges of Papua New Guinea. In 1941 Arnold’s parents received word from their son and an article appeared in the Personal Pars in Northern Champion on 9 July 1941.

Arnold was discharged from the Army on 11 November 1944.

On 5 May 1993 an article appeared in the Manning River Times describing Arnold’s service during WW2. 18 August 1951

On the 18 August 1951 Arnold married Vera Jane Atkins and spent much of his working life in Sydney where he was employed electroplating jewellery. In 1971 he bought land in Crowdy Head and he and his wife retired there.

Arnold died on 24 November 2011 aged 100 and is buried at Lansdowne Cemetery. 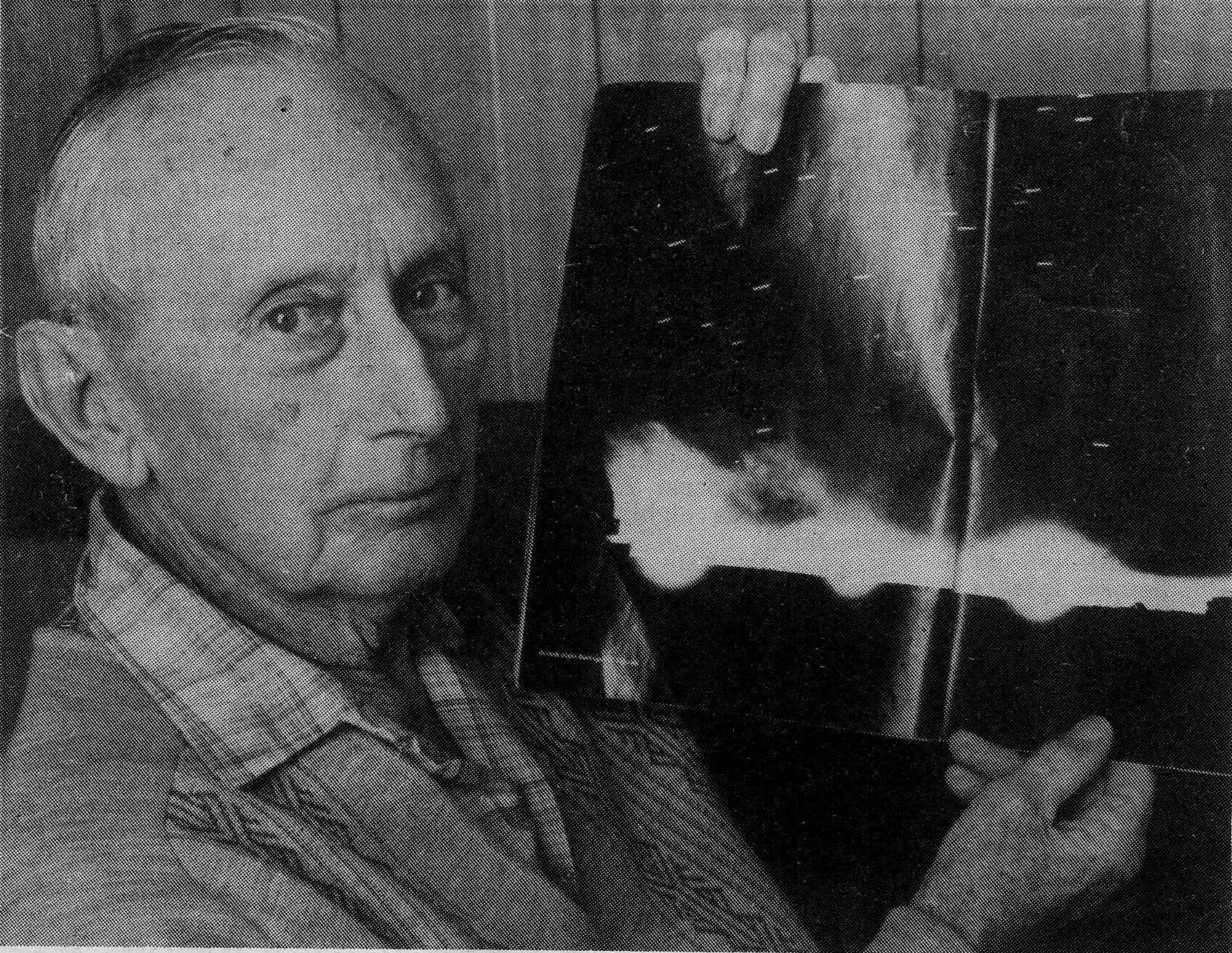 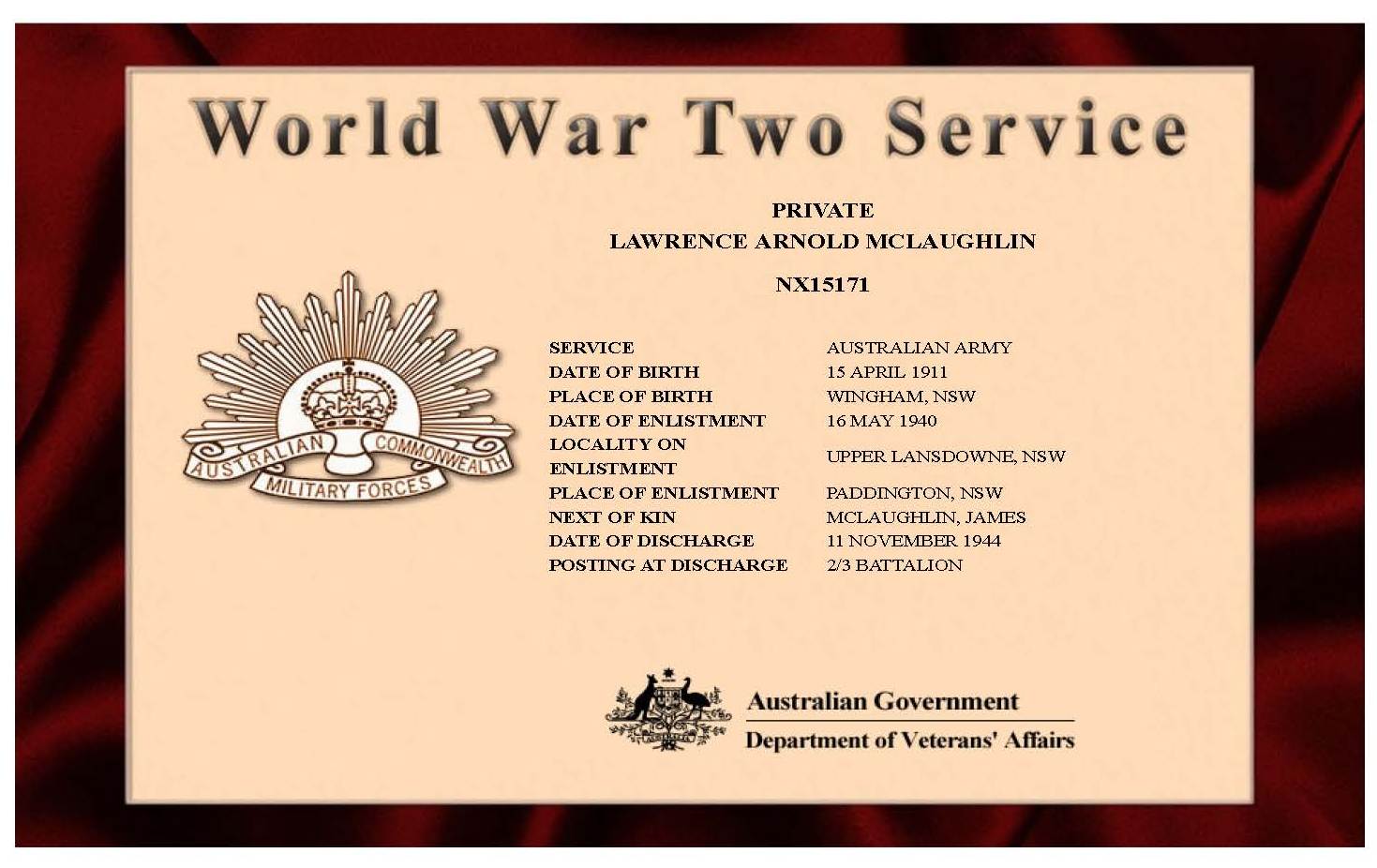 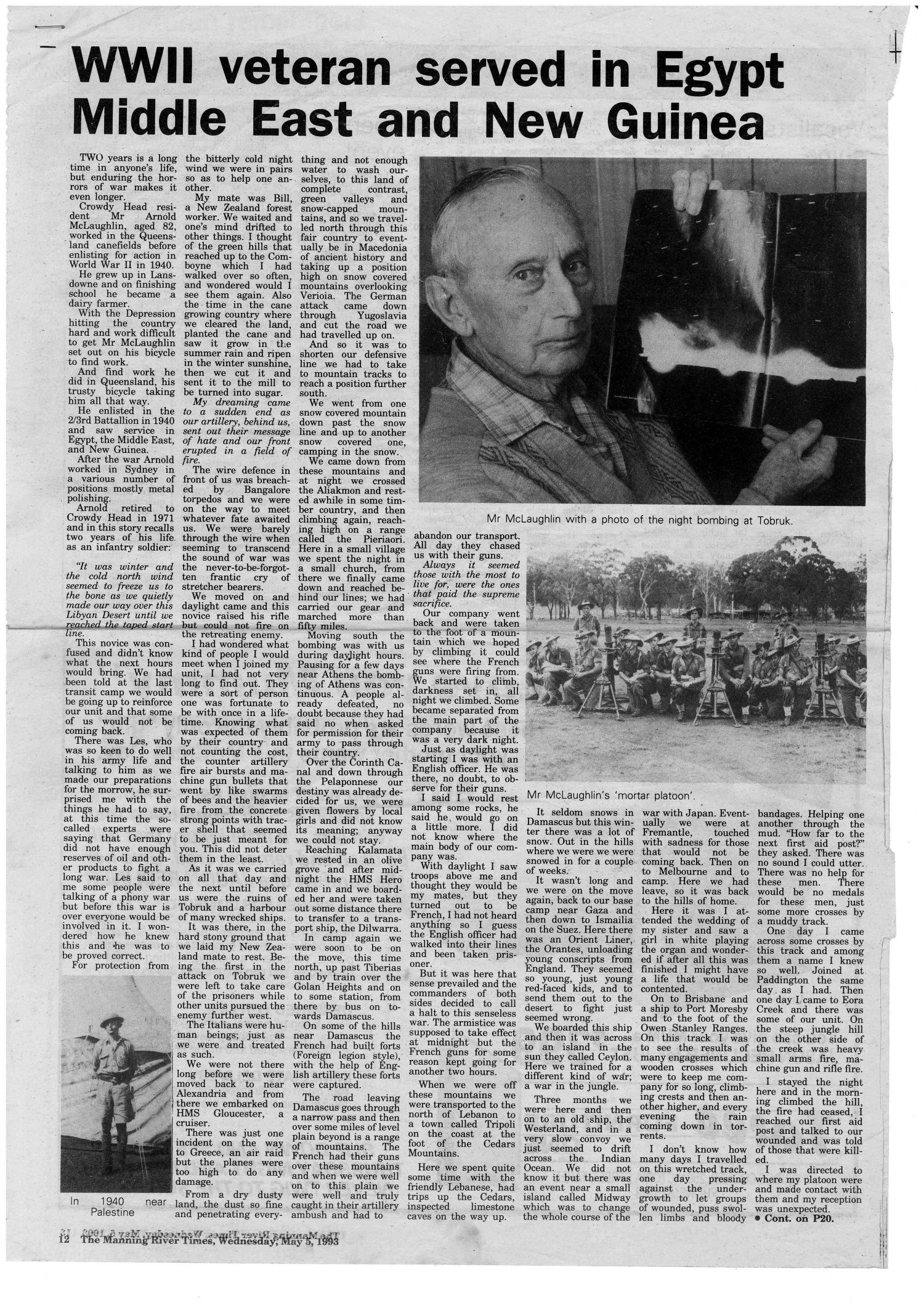 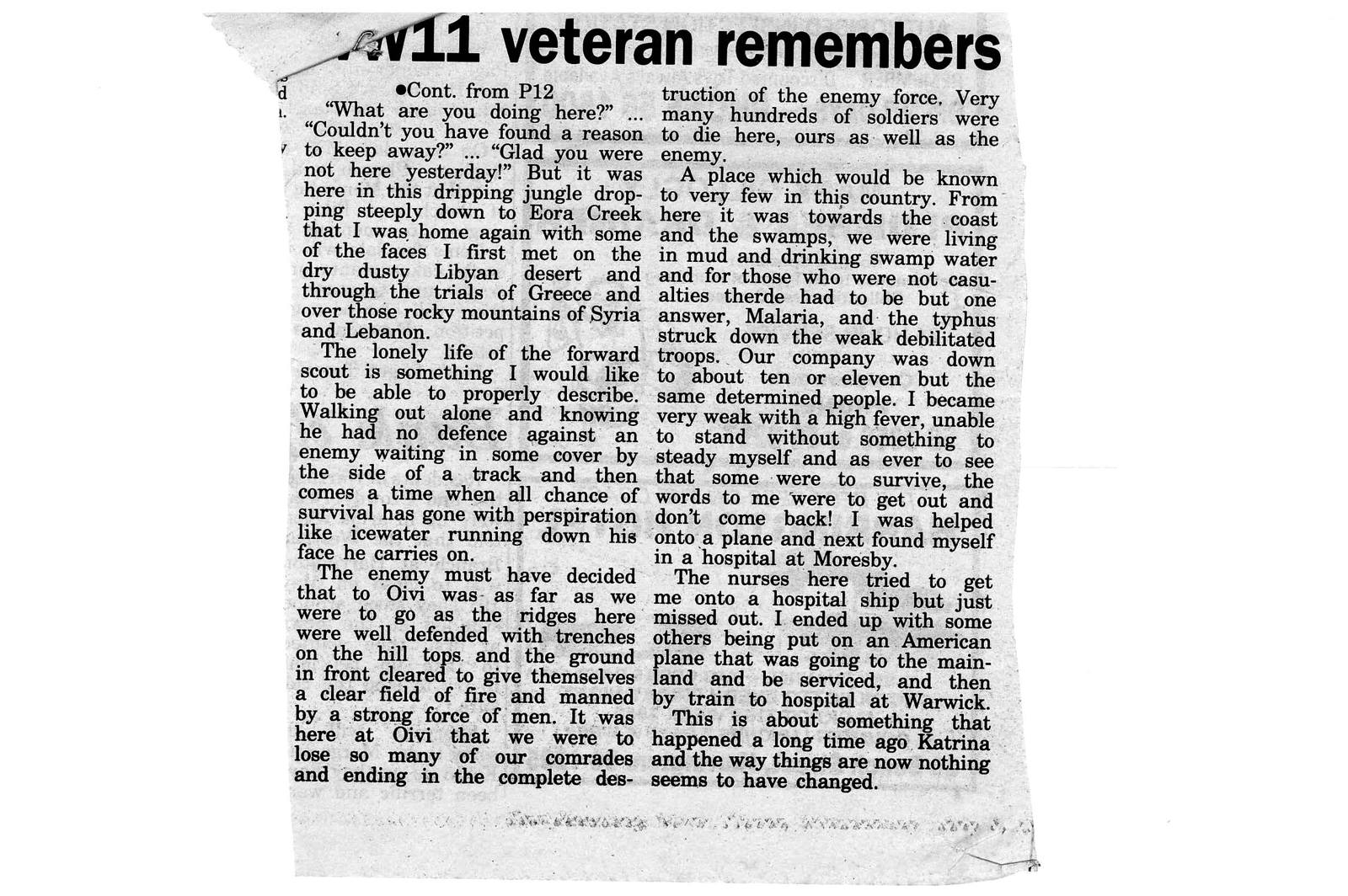 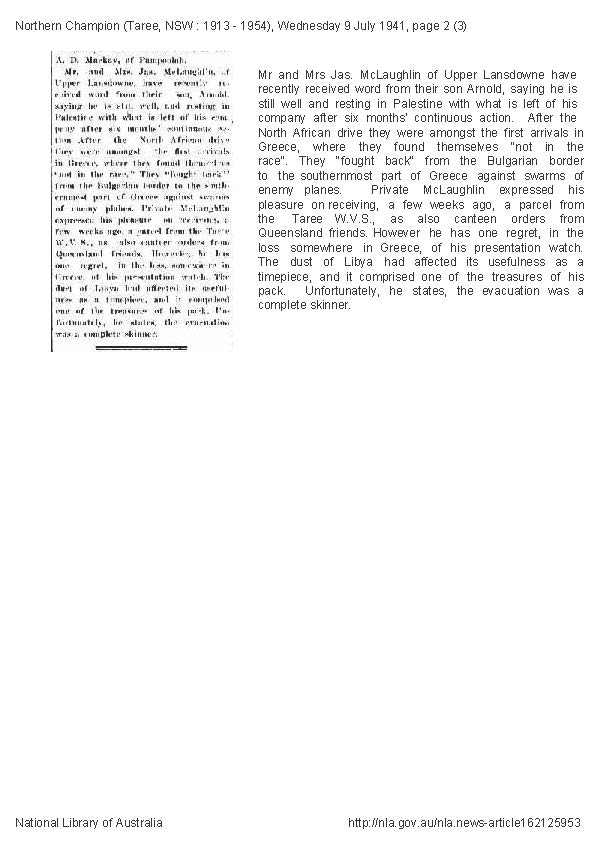