Tommy enlisted in the Australian Army at Paddington, Sydney on 11th November, 1941 for service in WW2, and named his mother, Olive Payne, as his next of kin.

He served in the 2/7 Australian Armoured Regiment and was discharged on 2nd July, 1946. During his service, he was in Far North Queensland, about to be sent to Africa, when their orders were changed, and they were sent to defend the northern coastline of Western Australia.

Tommy’s mother, Olive Elizabeth Cicolini, was the younger daughter of Mary Jane and Emanuel Cicolini, whose farmhouse was at 150 Koppin Yarratt Road, Upper Lansdowne. Just one week before Tommy was born, Olive and her husband Thomas, had been visiting Thomas’ sister on Mitchell’s Island, and left to make the journey back to Upper Lansdowne. Thomas was riding a horse and Olive was driving a horse and buggy, due to her advanced pregnancy. Thomas had gone around a curve ahead of Olive and came across some cattle on the road. His horse shied and threw him to the ground, where he suffered what turned out to be fatal injuries to his head and spinal cord. Olive arrived at the scene shortly afterwards, where two local men, who had witnessed the accident, were trying to assist. He died the following day, without regaining consciousness. Tommy was born just 7 days later.

When Tommy was 10, his mother Olive married Frederick Desmond (Des) Payne, and they had six children, Gregory, Mary, Desmond, Brian, Clare and Raymond.

Before joining the services, Tommy worked in the Upper Lansdowne General Store. He was very good at all things mechanical, and managed to rig up a generator to the engine of a car, enabling his grandmother, Mary Jane Cicolini, to have electricity before it was available to the Upper Lansdowne Valley. During his twenties, Tommy became engaged, but they did not, in fact, marry.
After the war ended, Tommy bought a Milk Bar/Grocery store in Cabramatta, in partnership with a former teacher from Upper Lansdowne, Bob Turner and his wife, and Bert, a friend from the Army. They provided lunches to the school opposite the shop. Despite never marrying and having a family of his own, Tommy had a very close relationship with his mother and step-father, his 6 siblings, their partners and his 22 nieces and nephews.

After selling the business, Tommy was employed by Goodyear Tyres at Rydalmere, which may have, in some way, contributed to the health issues he suffered in later life. He died on 28th December, 1983, aged 67, and is buried in the Field of Mars Cemetery in Sydney. 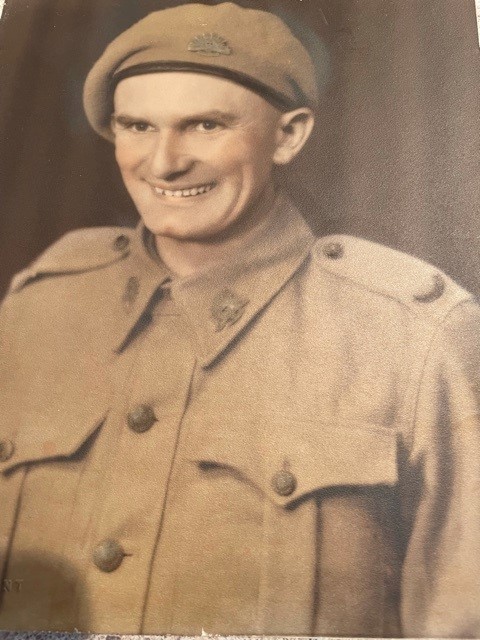 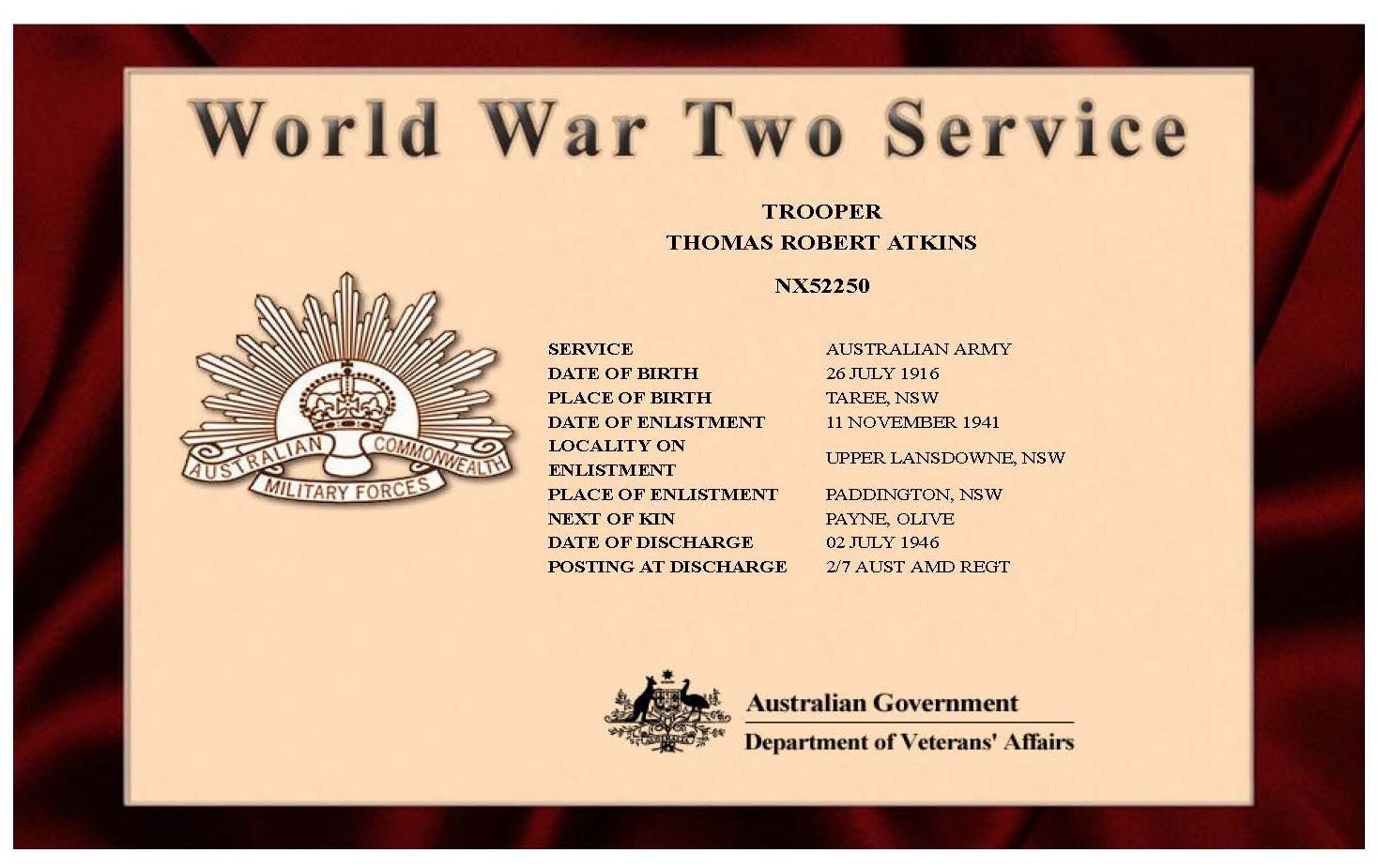