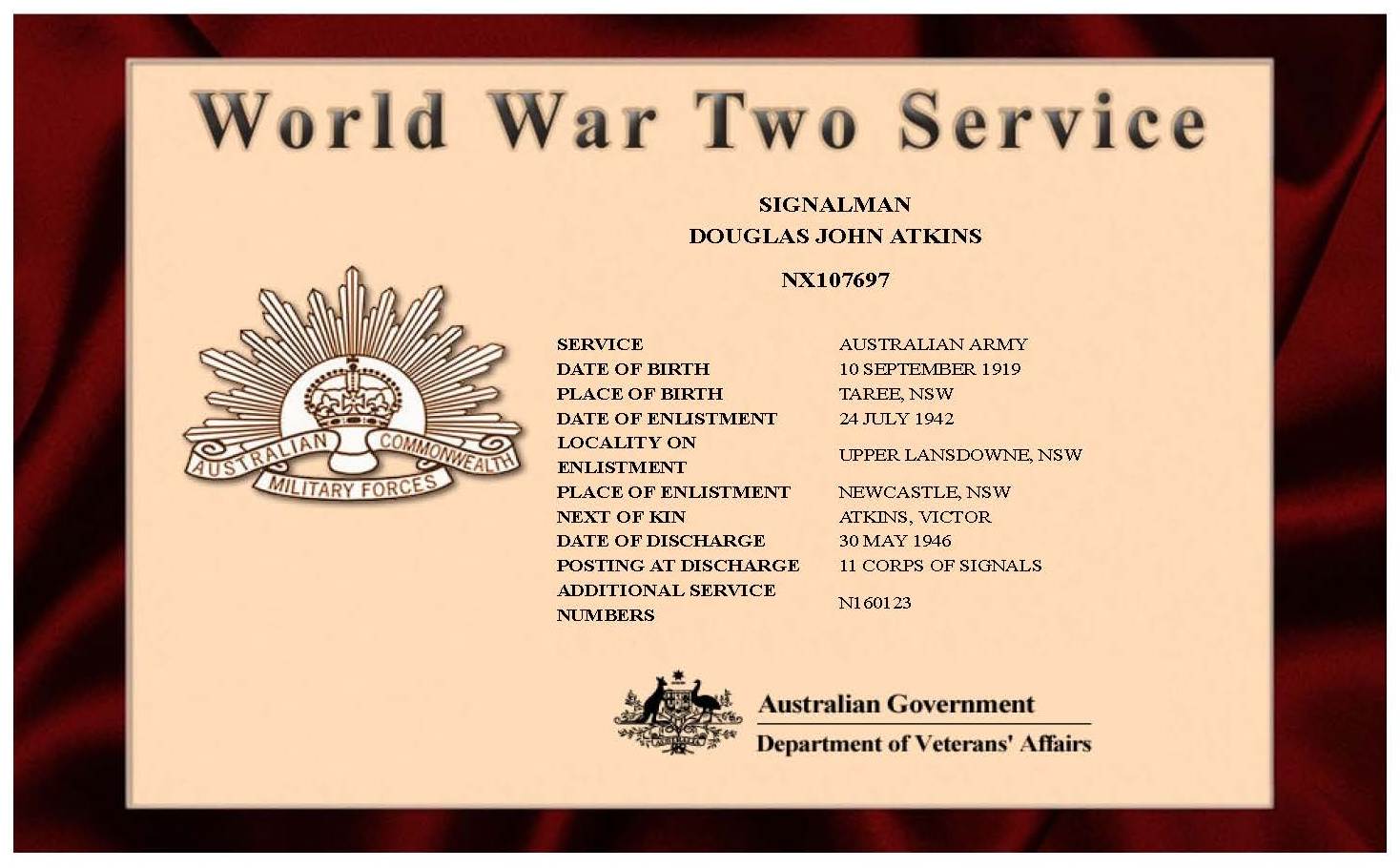 Douglas John Atkins was born at Upper Lansdowne on 16 September 1919 on the family farm on Hogans Road.  He attended Upper Lansdowne School.  He was aged 21 years and 7 months and a farm hand when he enlisted at Taree on 23 April 1941 and stated his father Victor Atkins as his next of kin.

Doug was transferred to Signals Raymond Terrace on 8 September 1941 and commenced full time war service on 6 January 1942.  From 5 January to 28 March 1942 he was detached to Infantry Brigades.  On 11 April 1942 Doug went AWL.  Doug said that he had been home and wanted to stay for an additional dance that night.  The outcome was his pay was docked.

On 12 August 1942 Doug embarked on the ‘Cremer’ and sailed down the Brisbane River for the unknown destination of Milne Bay arriving at Gili Gili pontoon wharf at 5pm on 21 August 1942.  The Unit was renamed ‘Milne Force’.  Milne Force had about 4500 frontline soldiers.  The troops barely had time to settle for on 25 August the Japanese landed half way down the Bay, some 20 miles from their objective.  This became known as the Battle of Milne Bay. 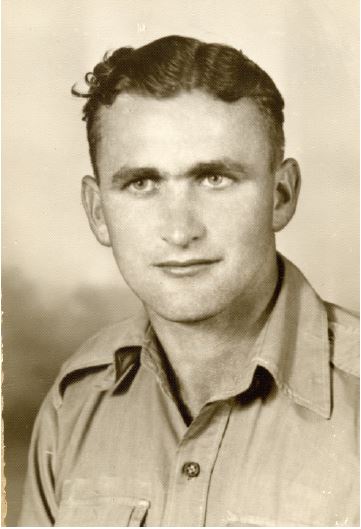 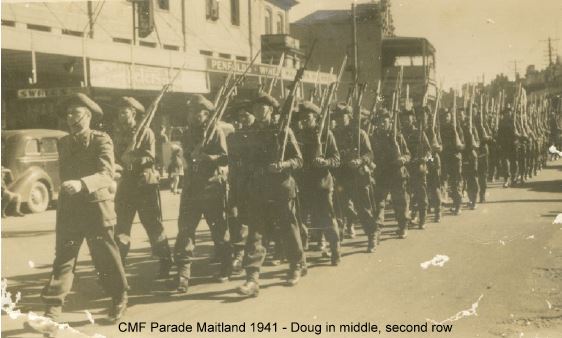 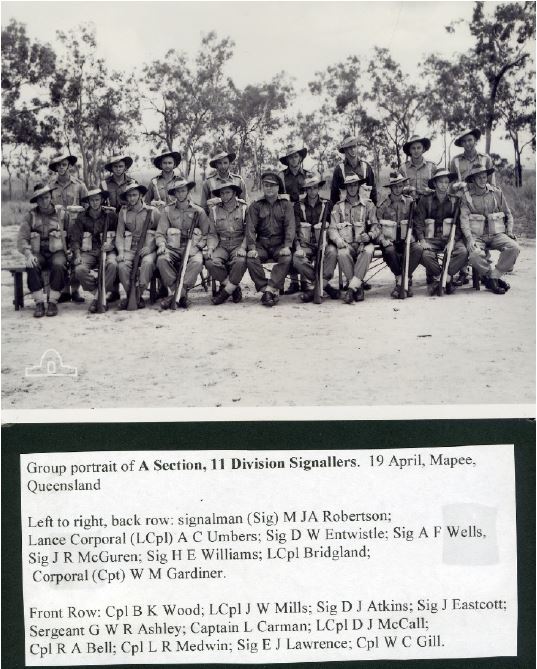 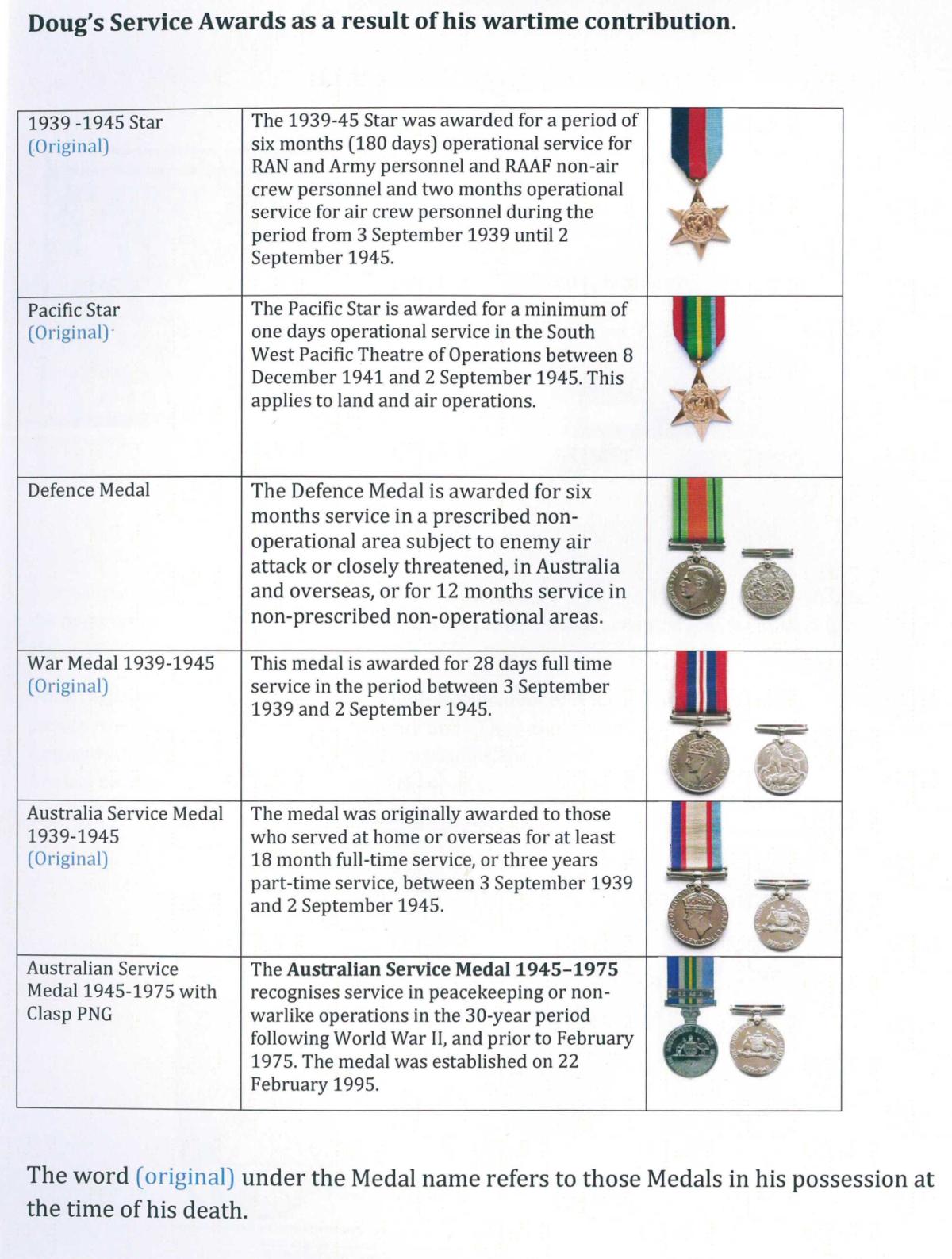 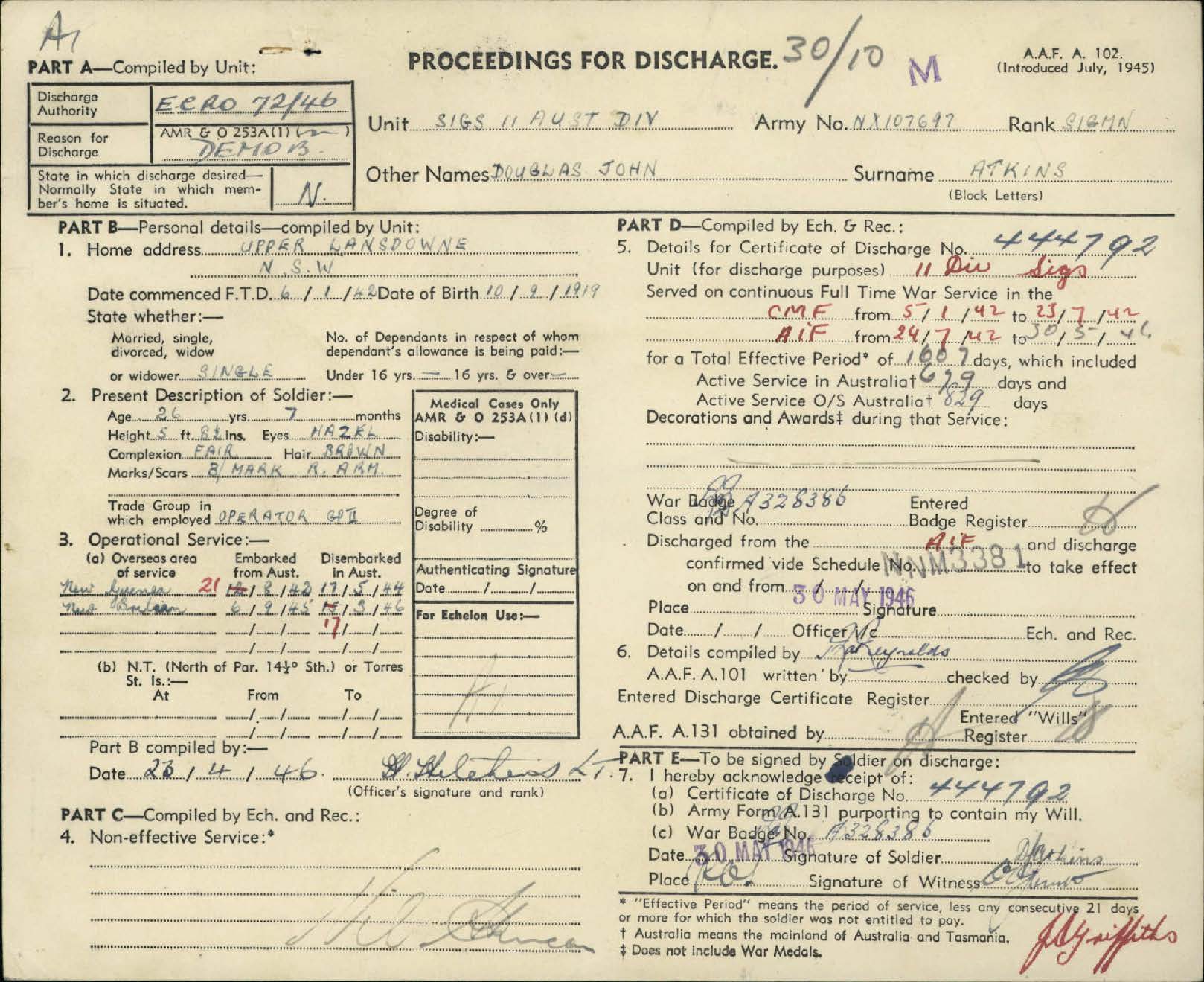 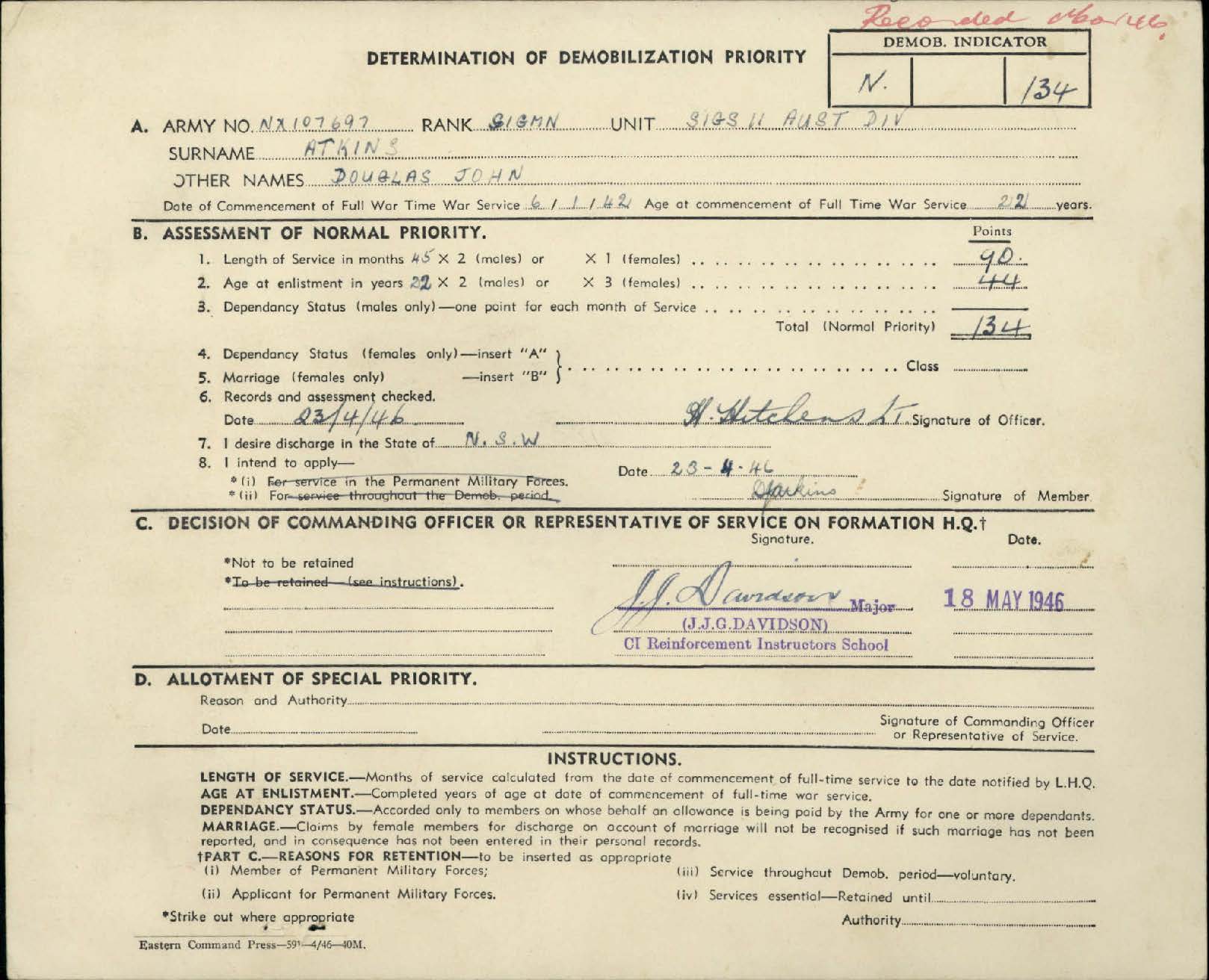 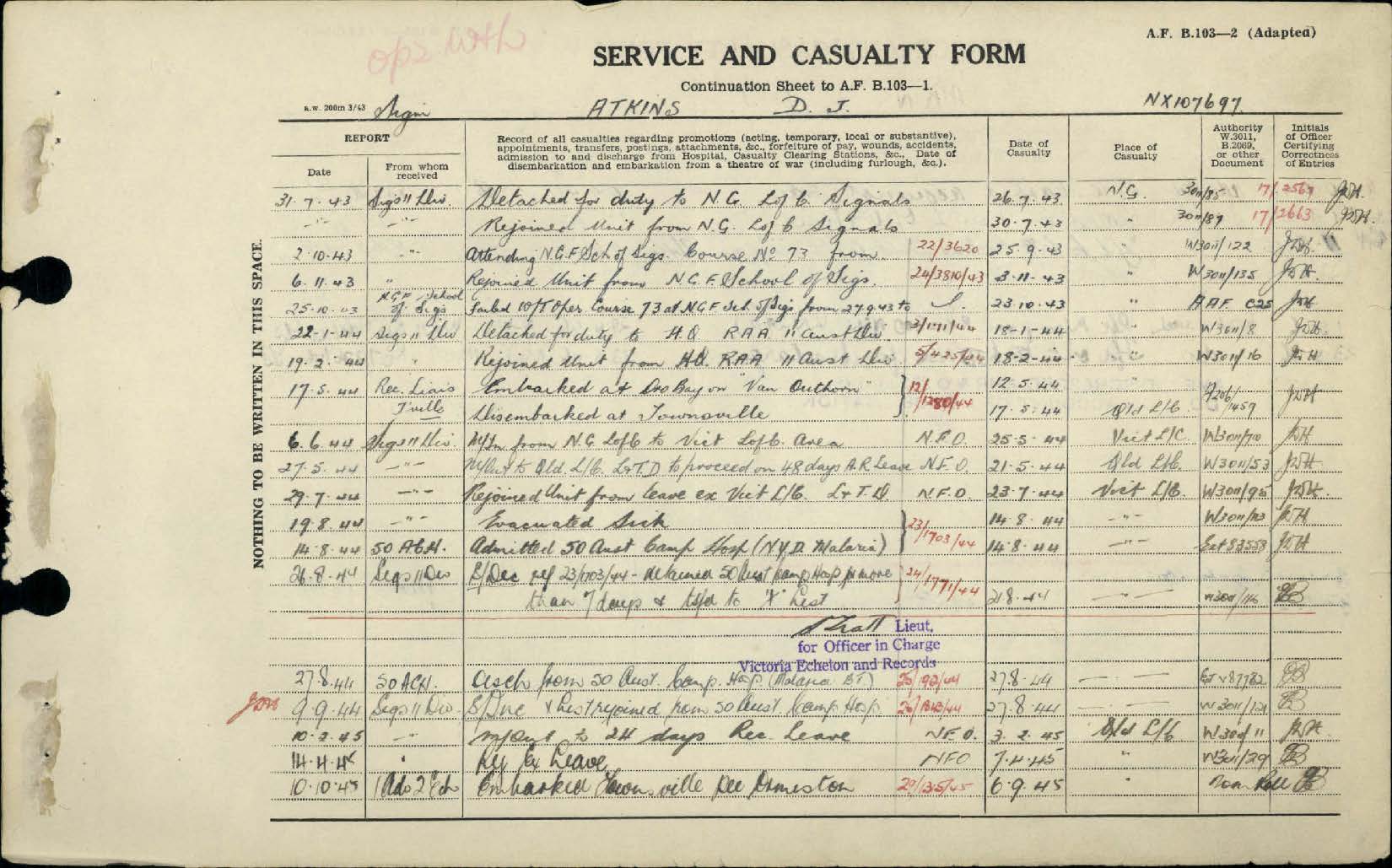 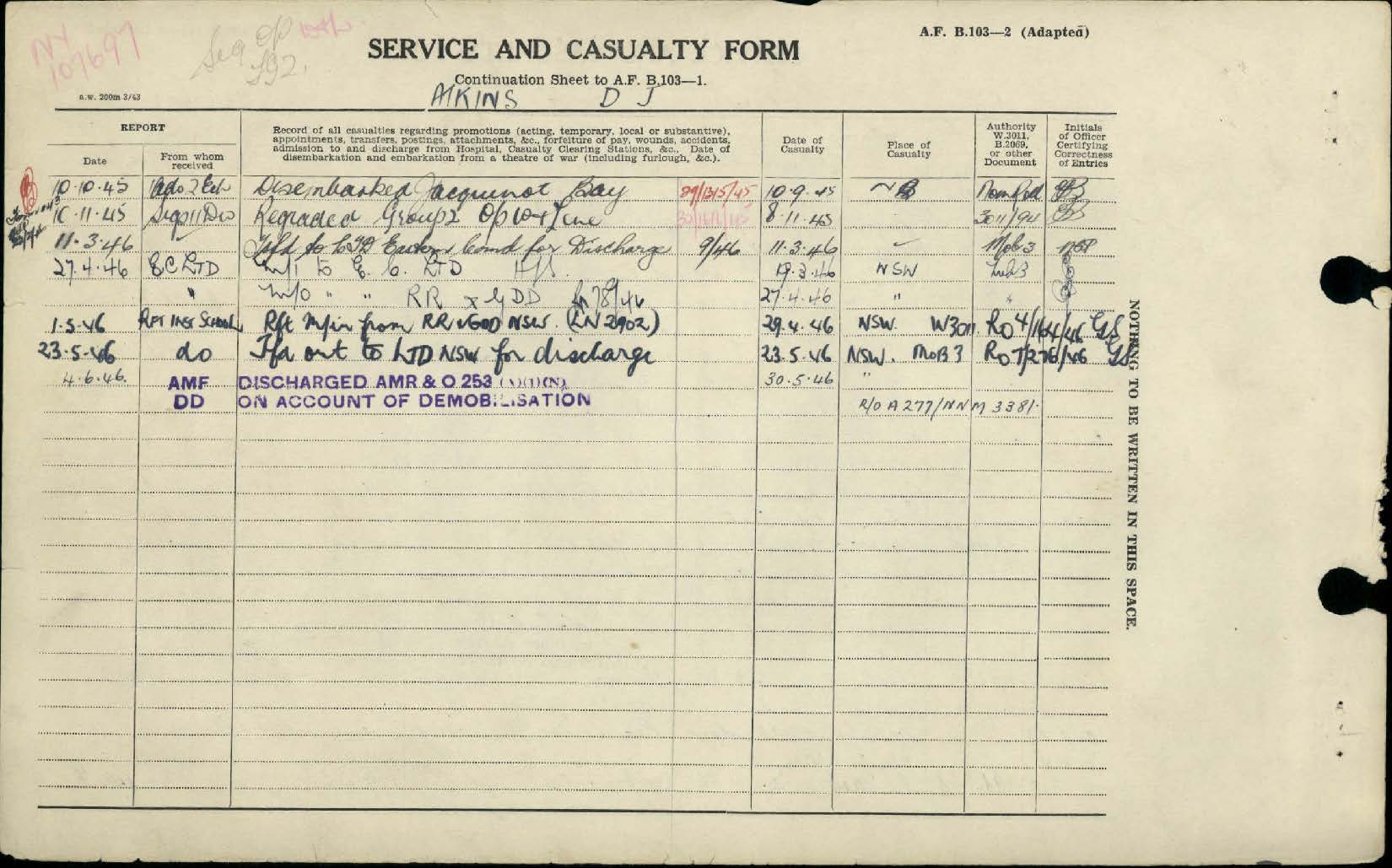 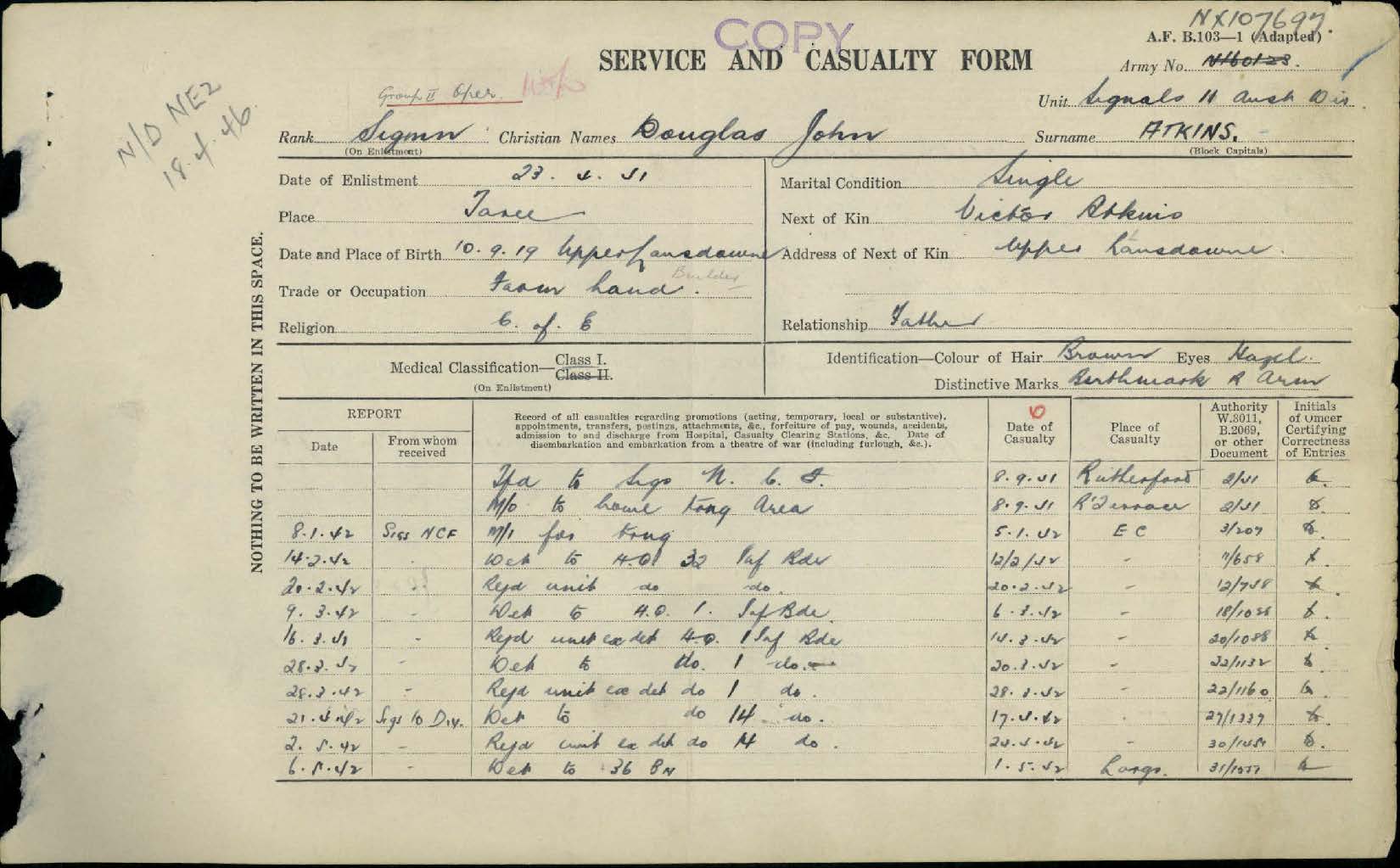 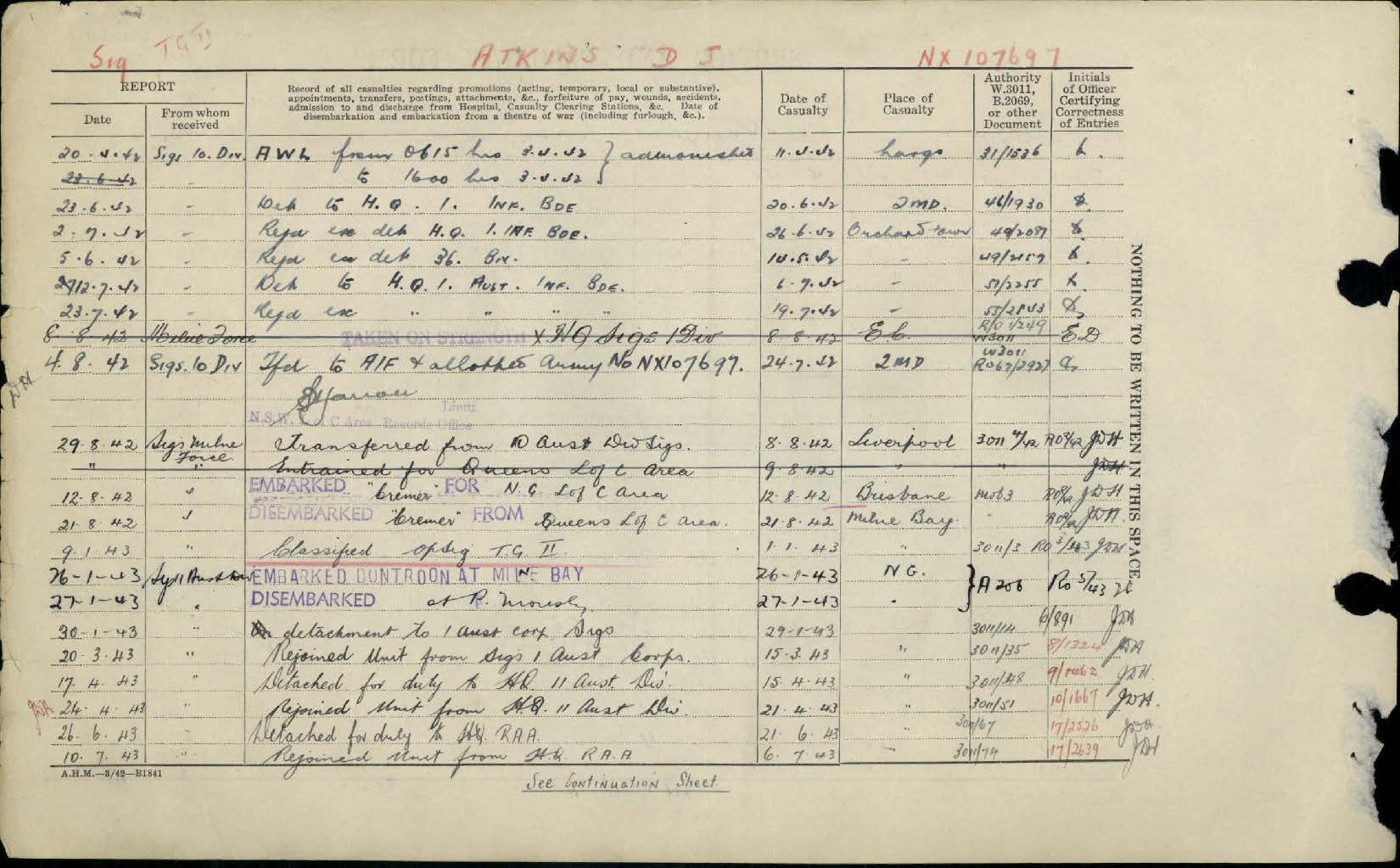 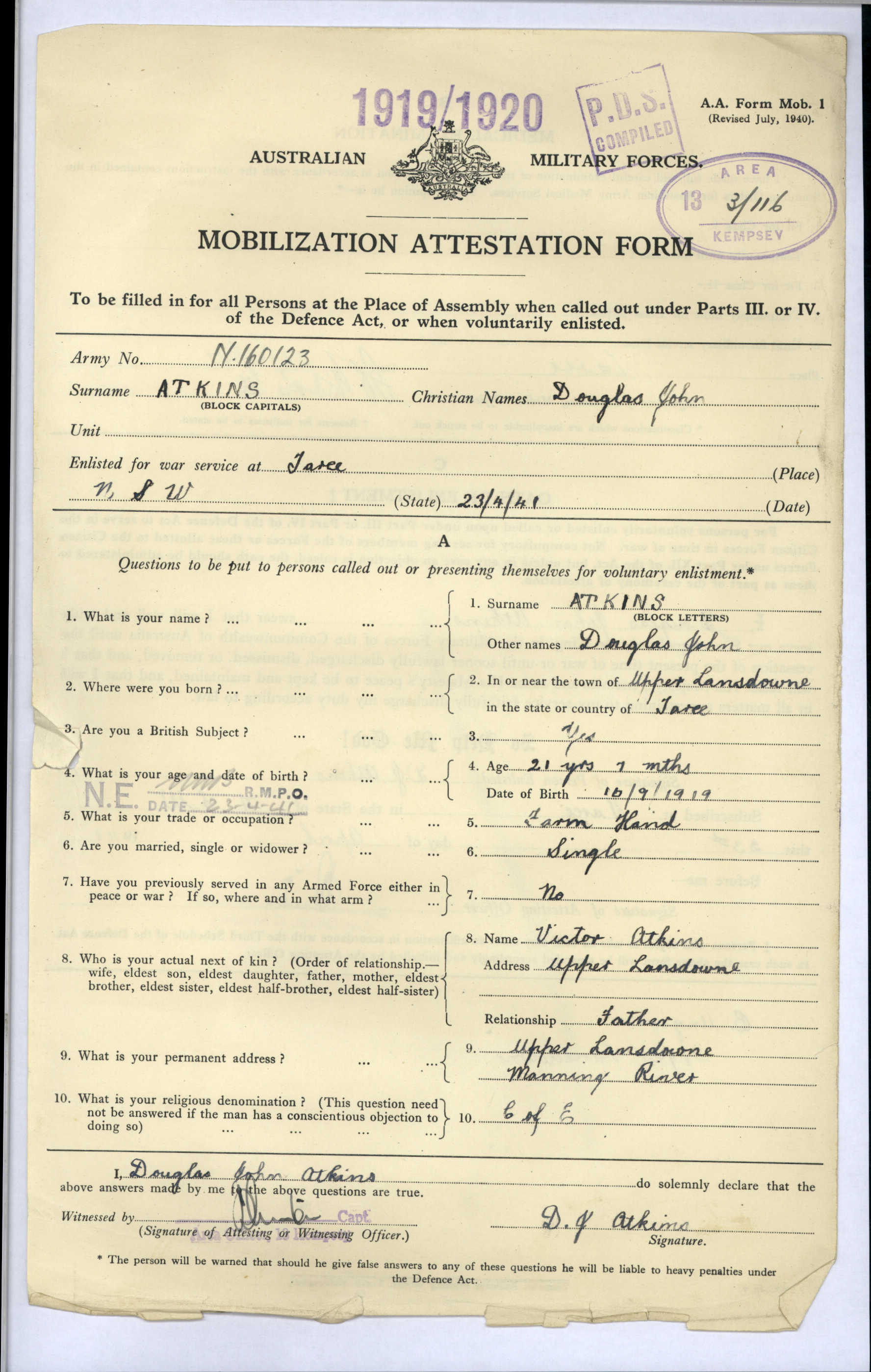 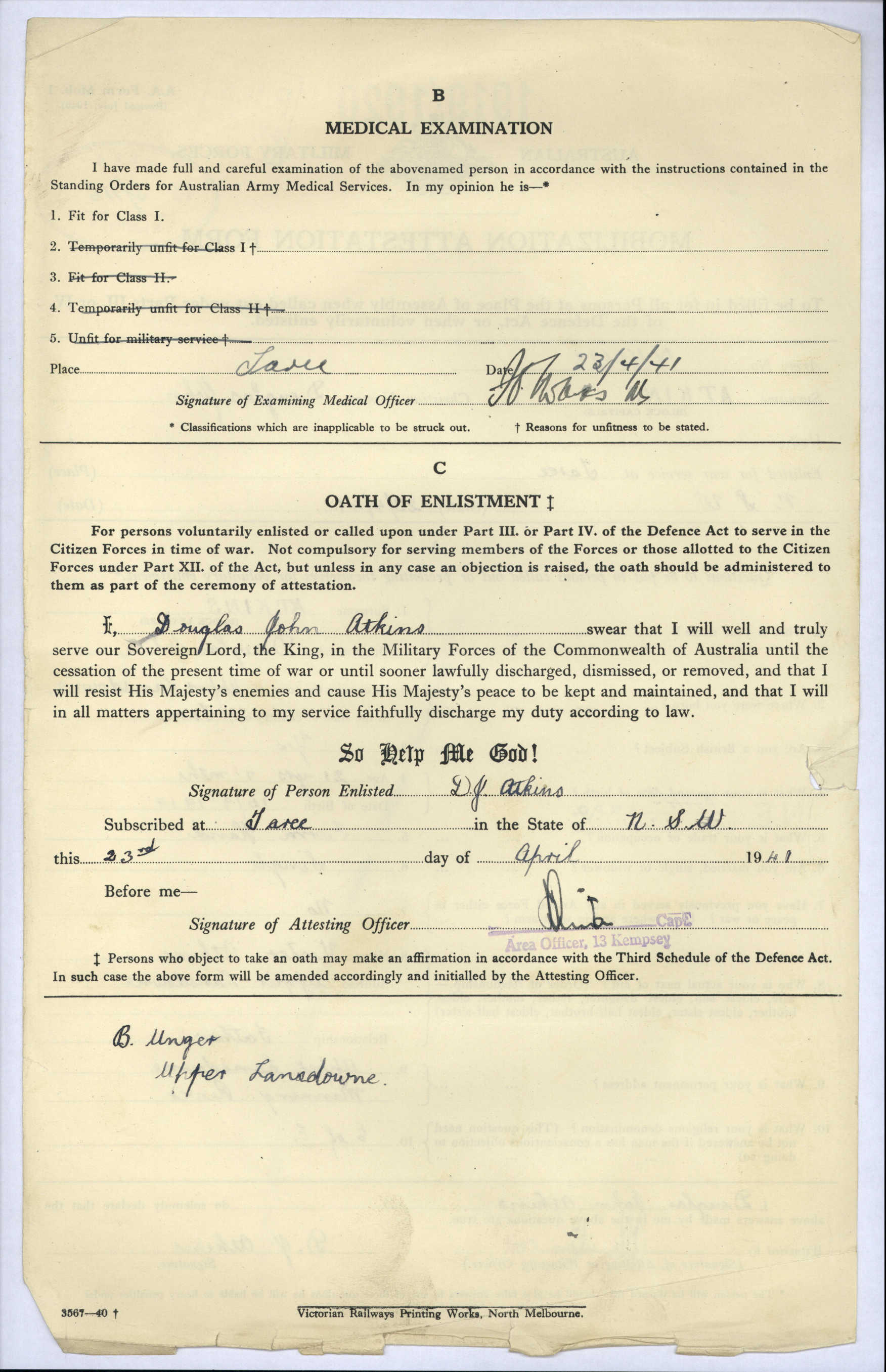 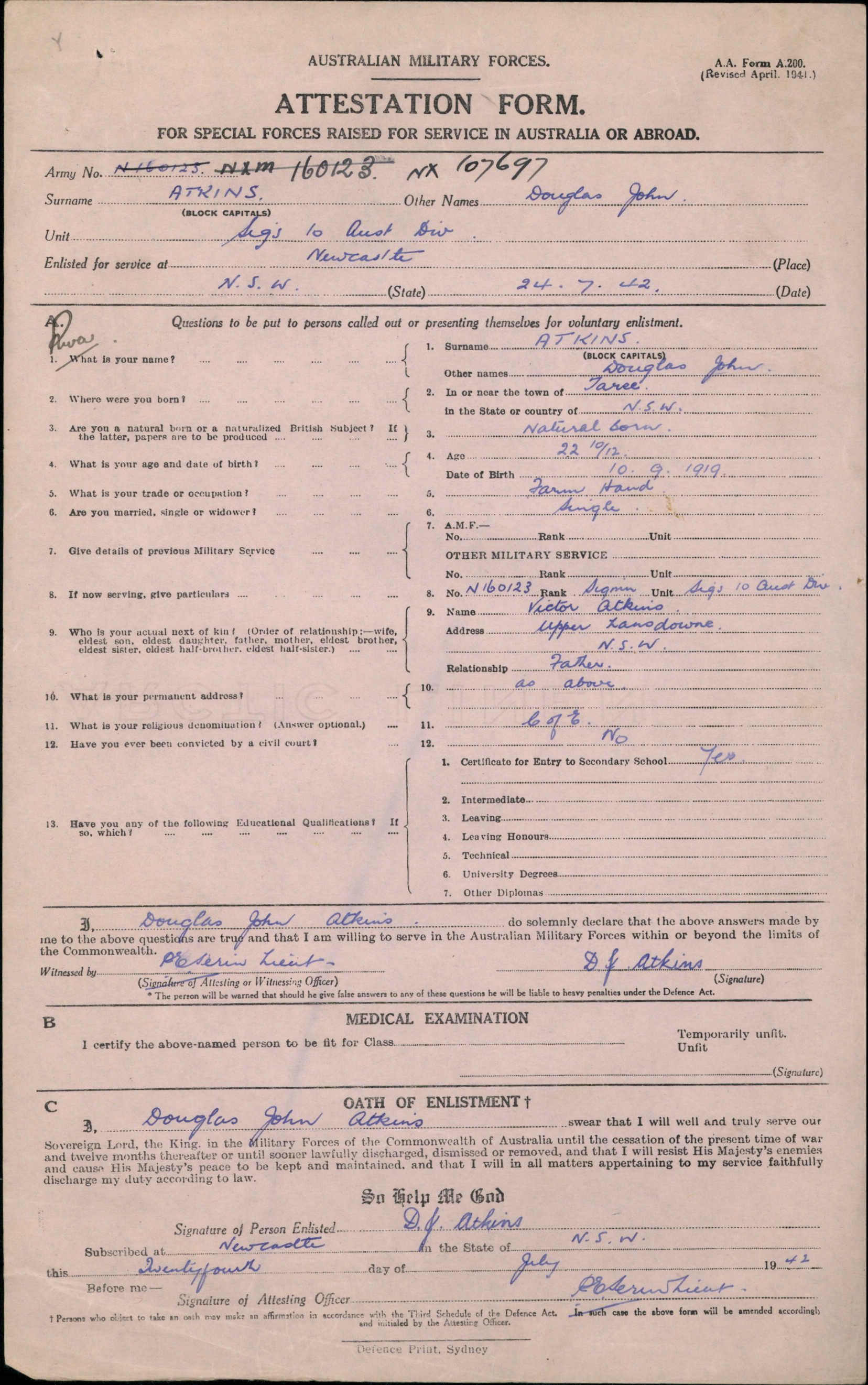 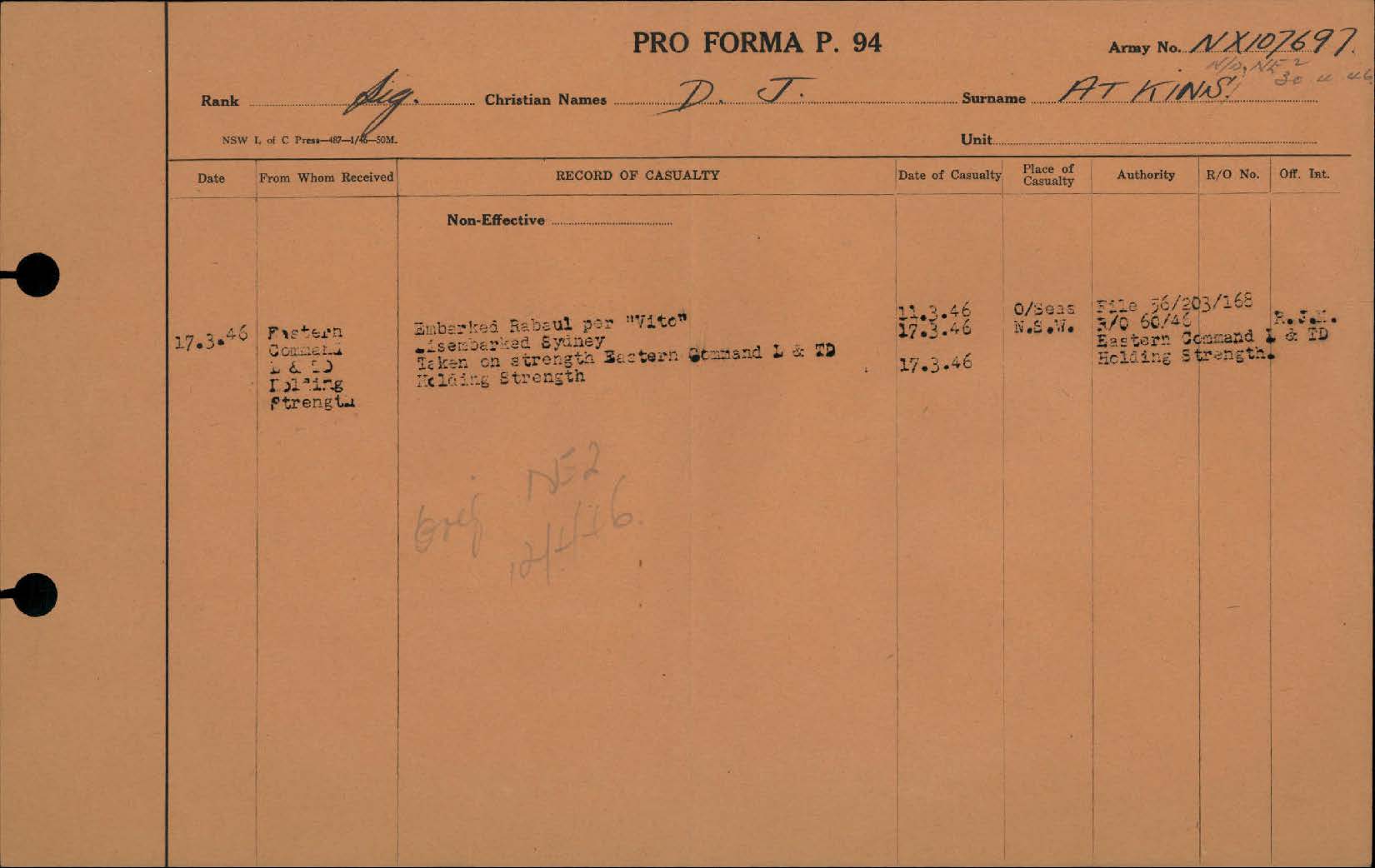