Dallas Alexander Edward Payne (Dal) was born at Taree on 21 February 1921 to Alexander Reginald Payne and Catherine Payne (nee Hutton). At the age of 21 he enlisted in the Royal Australian Air Force at Upper Lansdowne on 10 June 1942. He was originally posted to Trainee Group V, Evans Head where he commenced training as an Aircraftman at 1 Bombing and Gunnery School. He then attended 3 School of Technical Training, Sydney and ‘Armament School’ at Hamilton, Vic. Dal was then posted to Kalgoorlie, WA to No 4 Aircraft Depot and to Guildford, WA No 85 Squadron. On 3 August 1944 he was posted to 7 Operational Training Unit, Tocumwal. From Tocumwal Dal is transferred to Leyburn RAAF base in QLD. He was based there until his transfer to Darwin. On 17 June 1945 Dal boards ship ‘Louis Arguello’ in Darwin and sails to Morotai arriving 30 June. Dal’s job included arming Liberators bombers and Kittyhawk fighters flying to Balikpapan. On 12 July Dal leaves Morotai Harbour and sails to Balikpapan harbour, Borneo arriving 17 July. His squadron moved ashore on 25 July to set up camp. Dal’s job included dismantling Japanese fox holes, pill boxes and bomb dumps as well as guard duty.

On 14 August 1945 Japan surrender and on 15 August Dal writes Peace letter to his parents which appeared in the Manning River Times on 19 September 1945.

After declaration of peace Dal stays in Balikpapan defusing the detonators in bombs, cleaning up and restoring landscape to its original condition.

On 6 November 1945 he is posted to Morotai and on 20 November boards ‘Kanimbla’ and sails for Australia arriving in Brisbane 28 November 1945. Dal was discharged on 30 January 1946.

Dal was raised on the family dairy farm ‘Claremont’, Hogans Road, Upper Lansdowne and attended Upper Lansdowne School with his sisters Audrey and Shirley. In September 1941 Dal sat and passed his entrance exam at Sydney Police Barracks but Japan declared war on 8 December 1941.

On his return from war Dal was employed by the NSW Government Railways. Dal was working at Wauchope Railway Station, when his first son was born. He then applied to transfer to the Patrolman section and completed his training (possibly in Sydney). During Dal’s training, his wife Mary and children stayed in Kyogle and then in Newcastle eventually moving to Sydney. Dal successfully applied to become a Railway Detective and had attained the rank of Detective Inspector before retirement.

Dal married Mary Leone Watt in 1948 in Kyogle and they had 6 children: Terry, Tony, Lynette, Kevin, Jennifer and Leon. 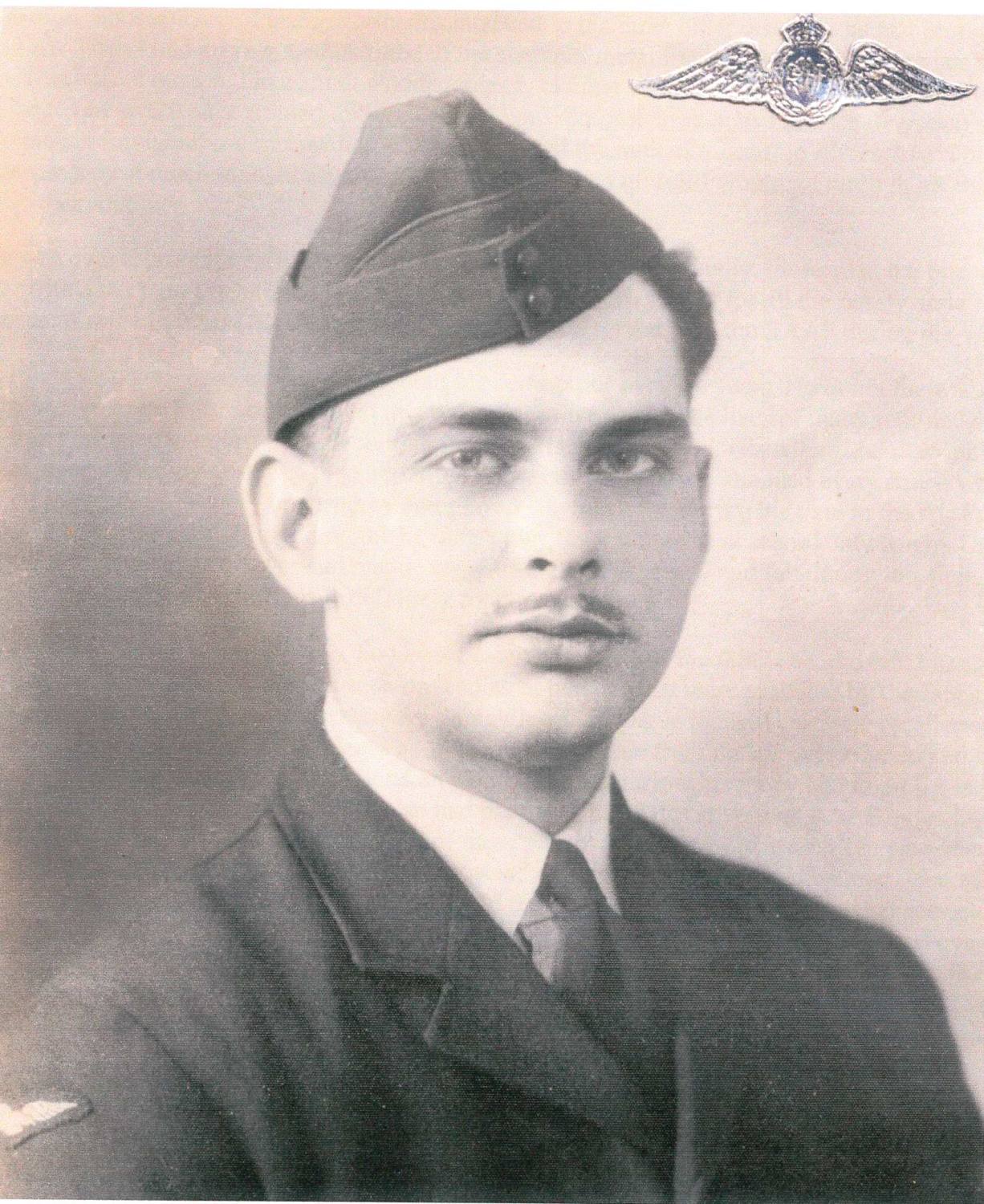 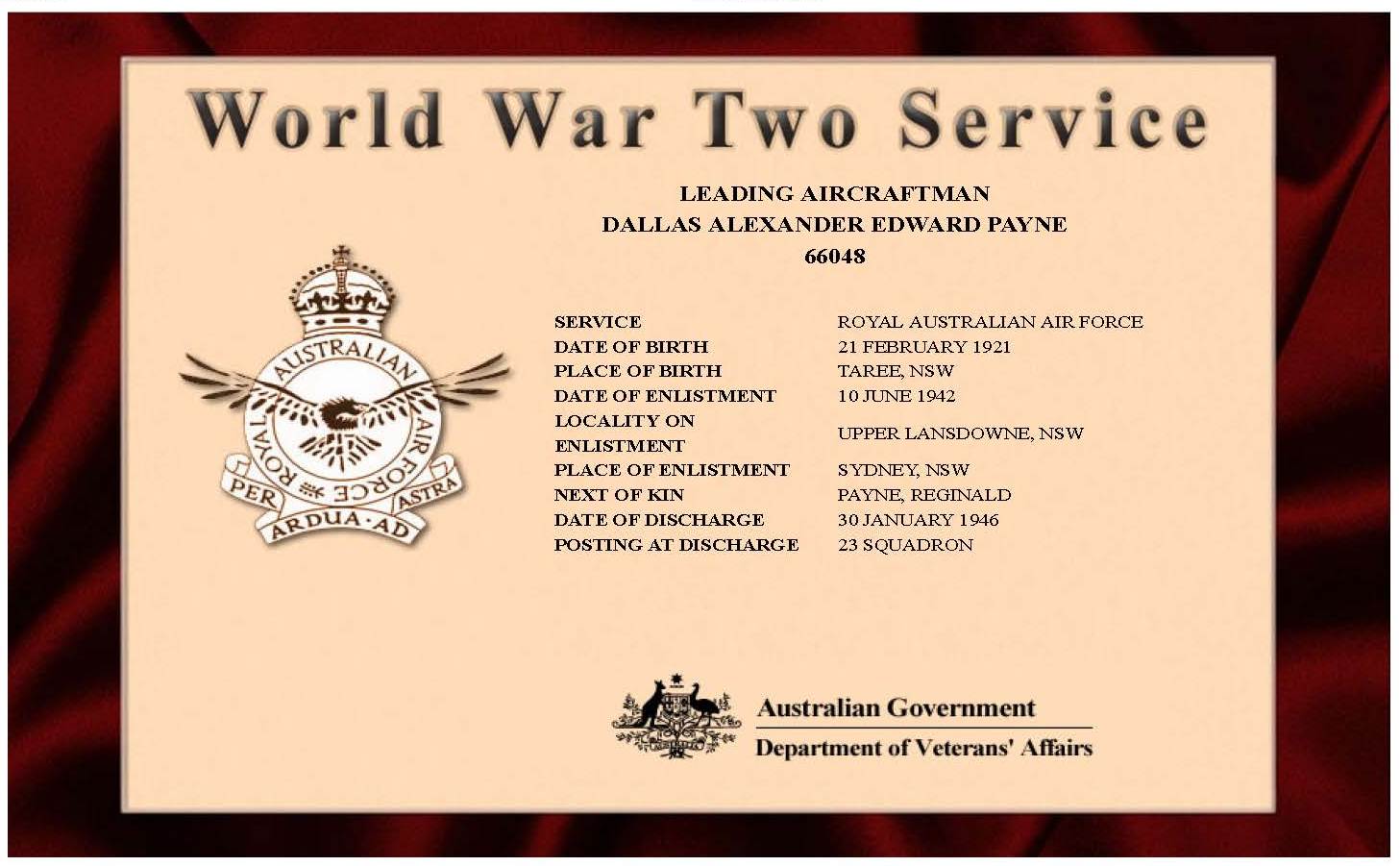