Abram was born at Wolla Wolla, Manning River and listed his next of kin as his father, William H. Unicomb of Upper Lansdowne. He noted on his enlistment form that he was 20 years of age, single and a carpenter. As Abram had not reached the age of 21, his parents had to consent to his enlistment. Abram enlisted at Grafton on 29 September 1916, was allocated to the 49th Battalion, 9th Reinforcements and sailed from Sydney aboard the “Ayrshire” on 24 January 1917. He marched in to the 13th Training Battalion at Codford on 13 April 1917 and following additional training left for France on 2 November 1917 where he was taken on the strength of the 41st Battalion. 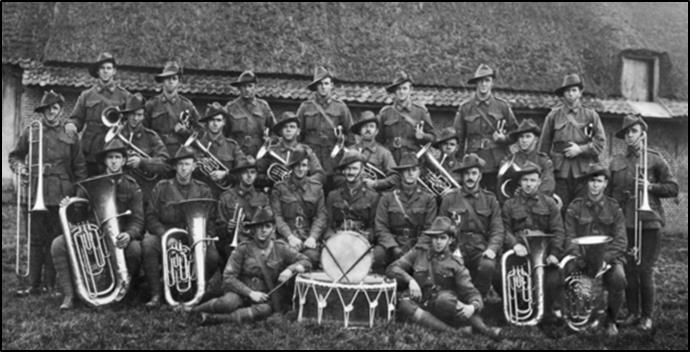 Abram Unicomb, seated to right of drum, with the band of the 41st Battalion at Locre, January 1918 (AWM)

On 1 September 1918 he was admitted to Beaufort War Hospital with a scalp wound to the head sustained on 27 August 1918. Abram was discharged from hospital on 16 October 1918 and was granted two weeks furlough prior to reporting to No 4 Command Depot. Abram returned to Australia on the “Demosthenes” on 16 January 1919.

Abram rose to the rank of Major in the Salvation Army. He died on 5 January 1985. 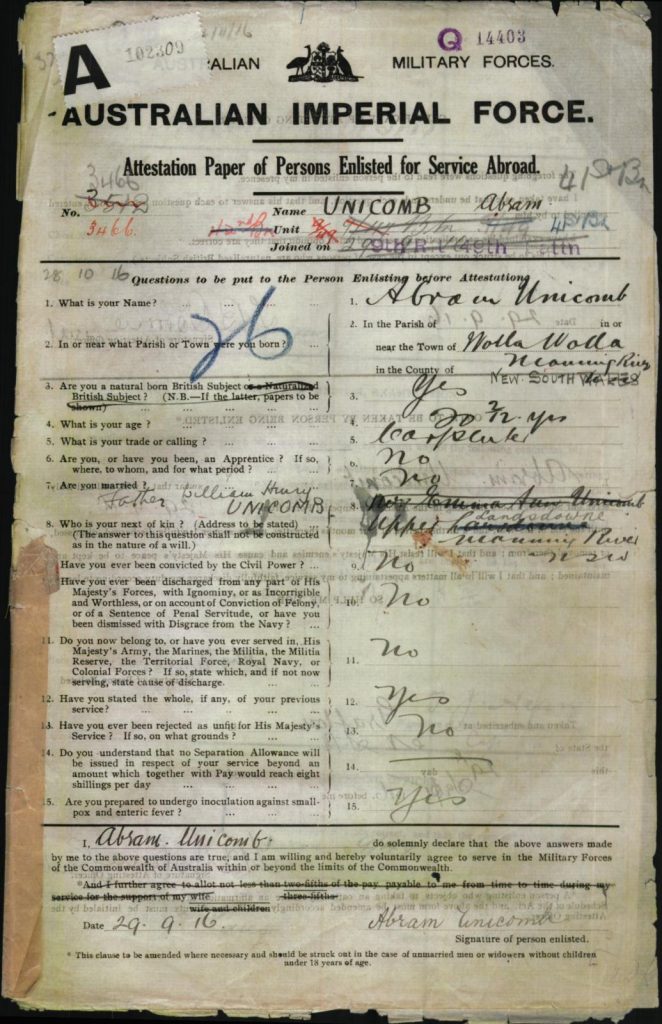 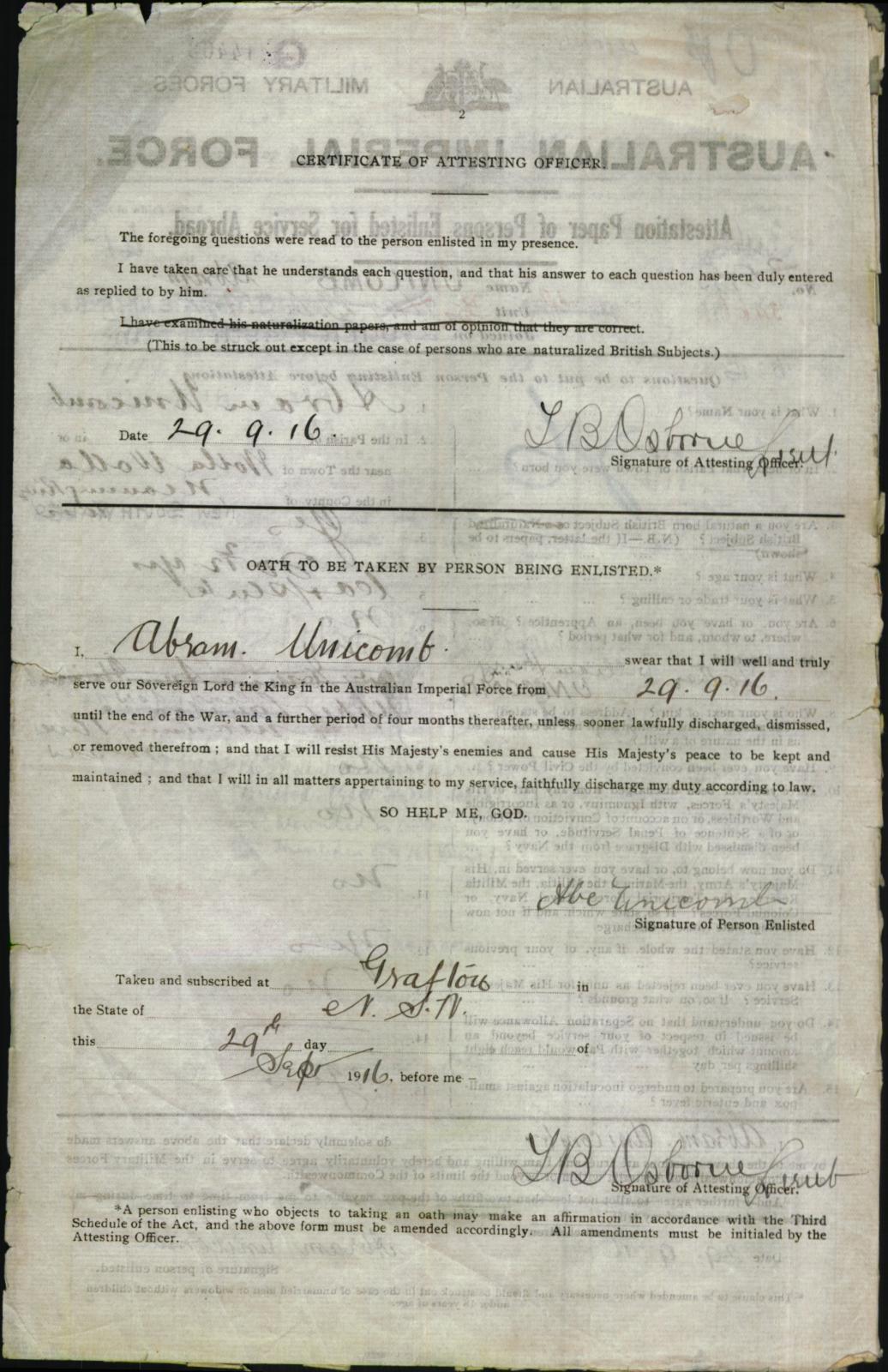 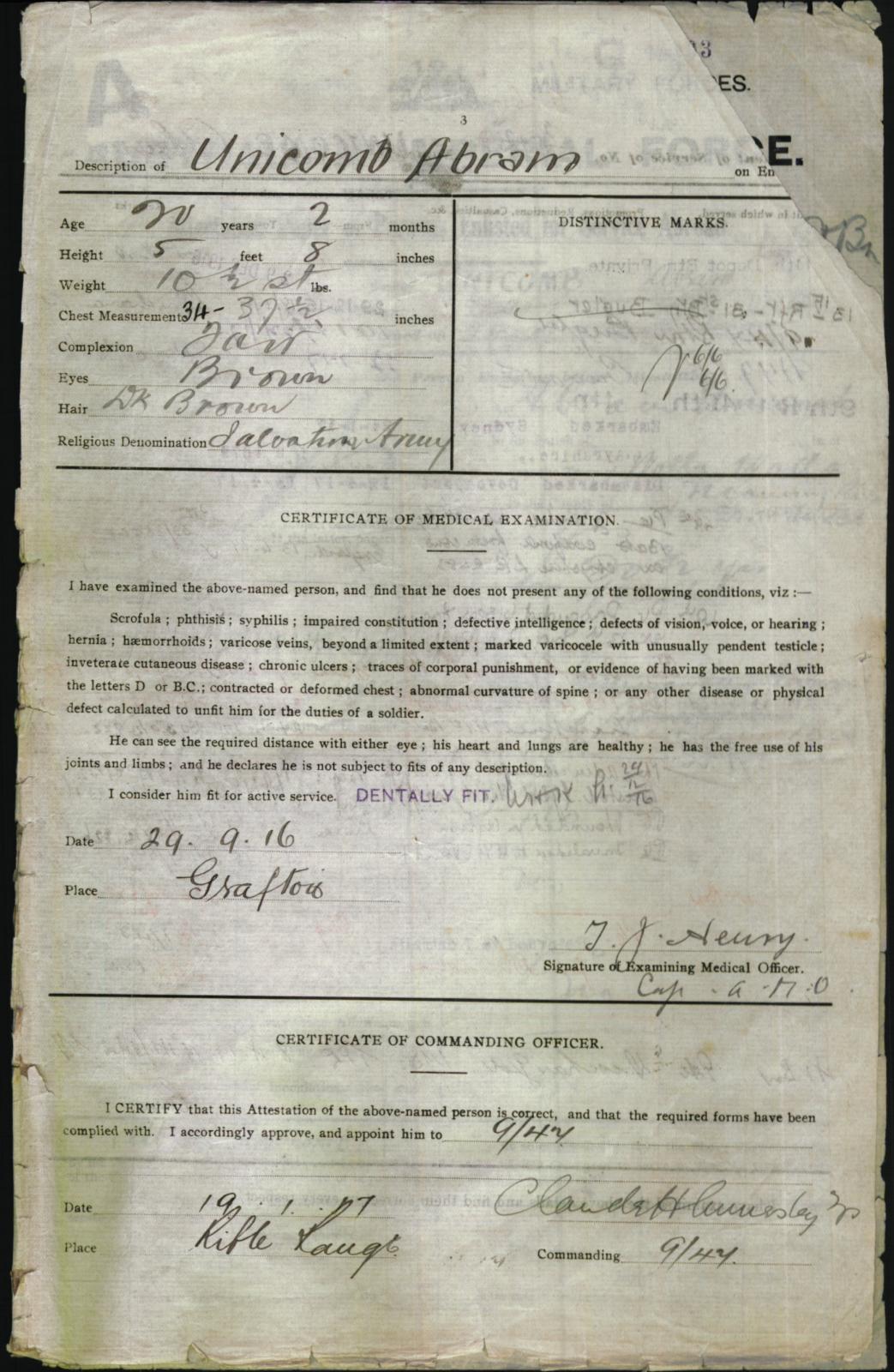 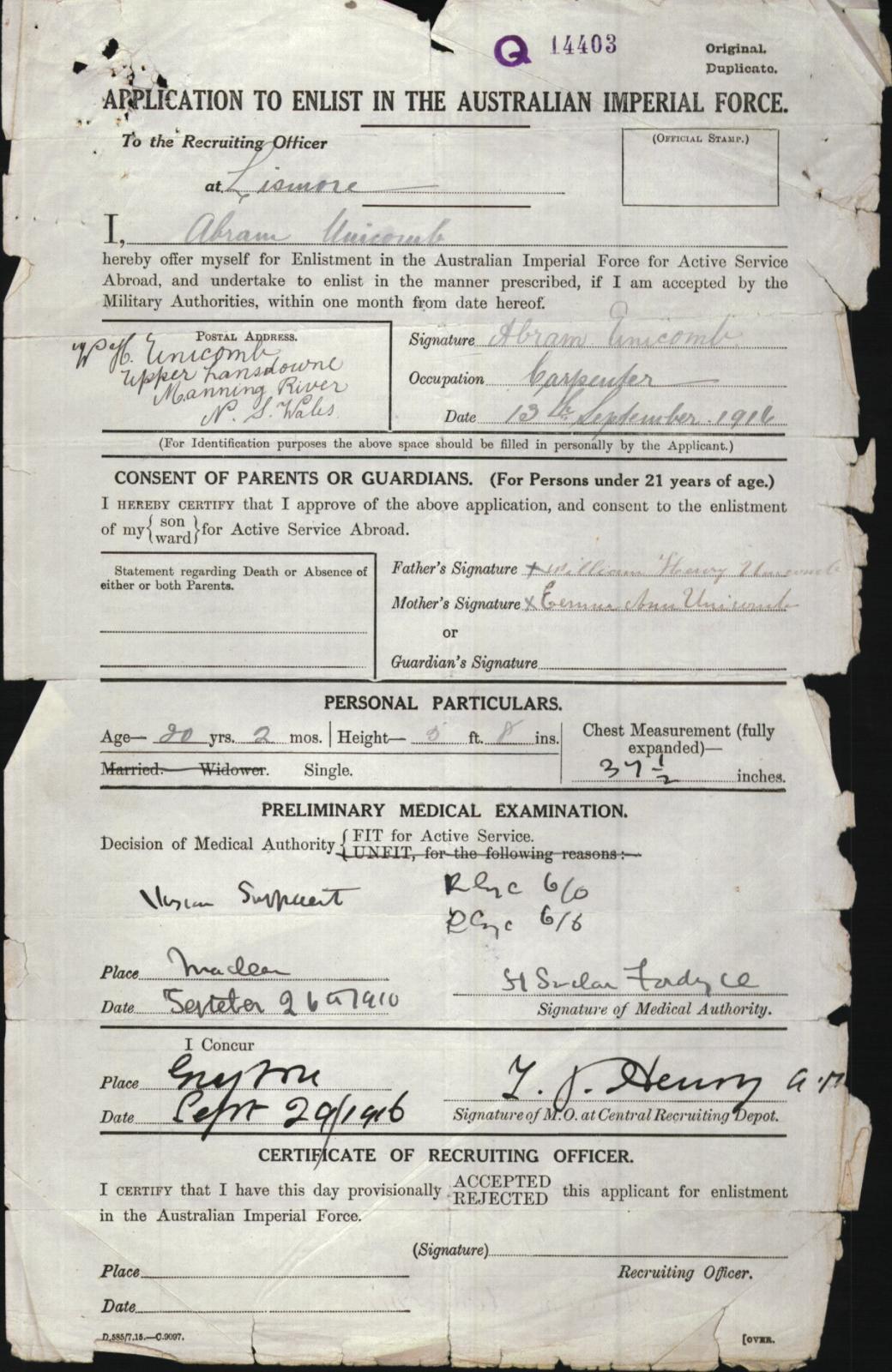