Samuel was born at Walcha and names his brother, Matthew Norman Steep of Comboyne as his next of kin when he enlisted on 9 February 1915. His enlistment form shows that he was 23 years of age, single and engaged in farming for 3.5 yrs to M McLachlan. Samuel was attached to the 12th Light Horse Regiment, ‘B’ Squadron and sailed from Sydney aboard the “Suevic” on 13 June 1915. He was taken on the strength of the Regiment on 29 August 1915. His dossier shows that he was taken sick at ANZAC on 8 September 1915. Samuel disembarked at Alexandria on 27 December 1915 and joined the 12th L.H. at Heliopolis. His file shows that he was attached to Brigade Scouts of the 11th L.H. on 6 September 1917. He was only there briefly before being attached to 4th Brigade Headquarters as a scout. He broke the rules by being out of bounds while in a rest camp at Port Said and lost seven days pay on 16 March 1918. He proceeded to Scout’s Corner at El Arish on 30 March 1918 and re-joined Brigade Headquarters on 26 April 1918. On 25 October 1918 he was admitted to hospital and was transferred to Port Said suffering from pyrexia. He was discharged to two weeks in a rest camp at Port Said in December and was then granted 14 days leave. Samuel returned to Australia aboard the “Morvada” on 22 July 1919 and was discharged on 9 December 1919.

The Northern Champion stated on 6 September 1919 that Sam looked good after his experiences. Sam ‘said that though they were right amongst fight in the Holy Land he often learned when there of bloodless battles in the Manning Shire Council. He said he received the Northern Champion with indifferent regularity but when he and his comrades got a copy of it, it was eagerly read.’ 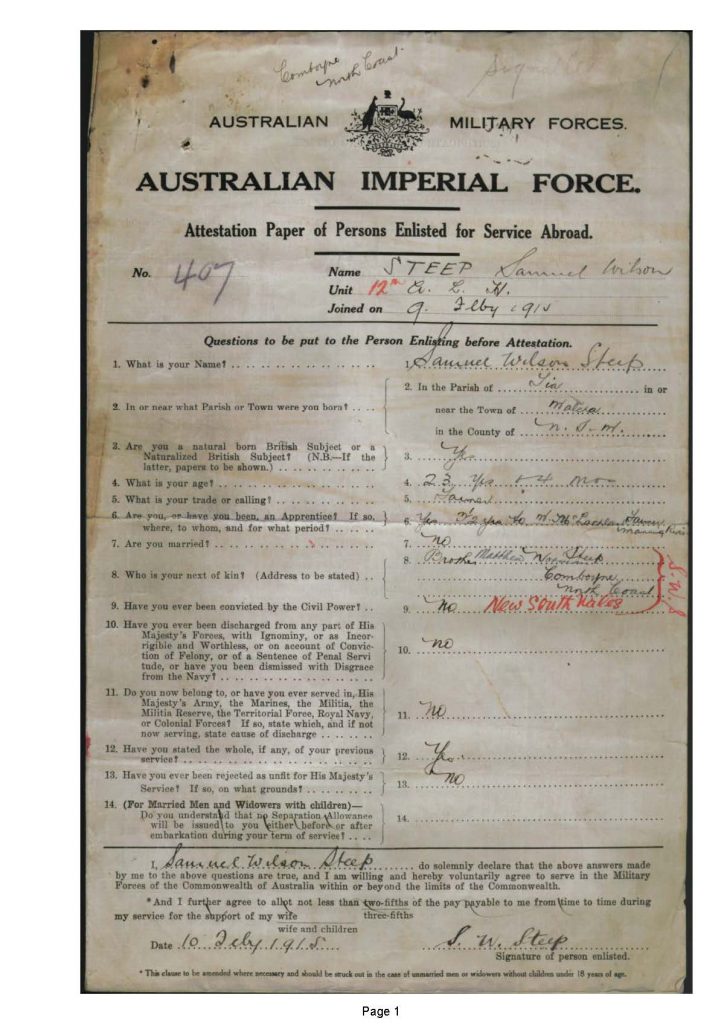 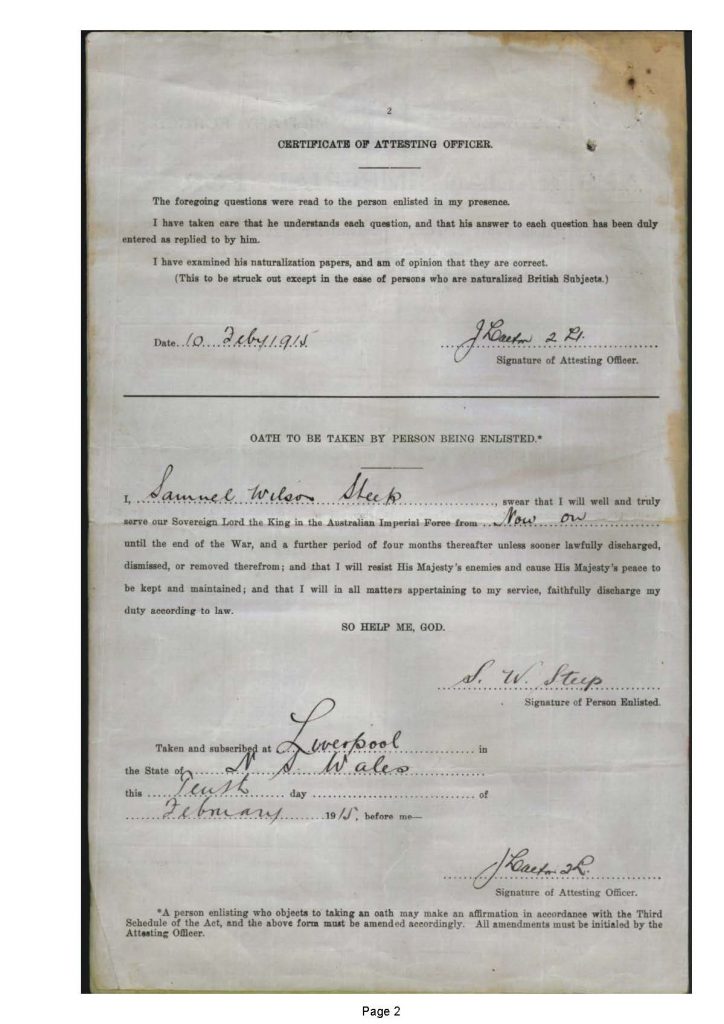 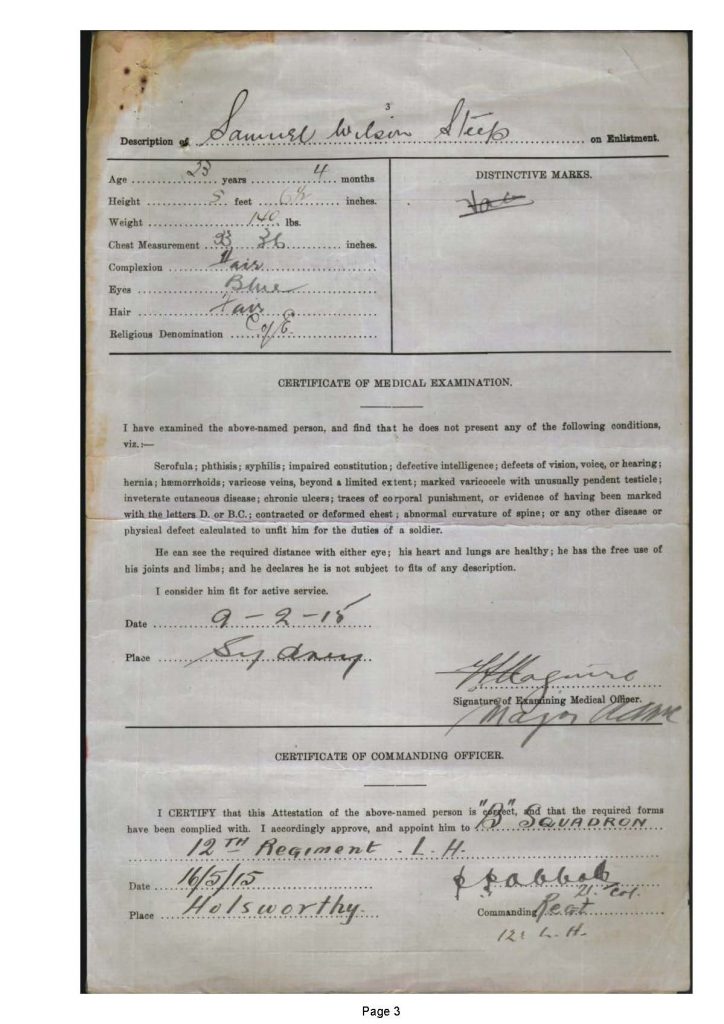 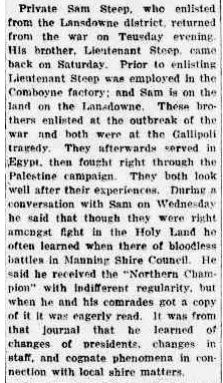