Thornton was born at Wallamba River but was living with his father George, at Upper Lansdowne when he enlisted on 6 December 1915. Like his brother he was also assigned to the 36th Battalion, ‘A’ Company. According to his enlistment form, Thornton was single, 25 years of age and employed as a labourer. He sailed on the “Beltana” with Jasper on 13 May 1916. Thornton had additional training in England before sailing for France on 22 November 1916. He suffered from gas poisoning on 18 October 1917 and was repatriated to England where he was admitted to Queen Mary’s Hospital at Whalley. While there he went A.W.L. one evening and forfeited one days pay. Thornton was granted furlough on 23 November 1917 and then reported to No 1 Command Depot. He then proceeded to the Overseas Training Brigade and finally returned to France on 21 June 1918 where he was taken on the strength of the 34th Battalion as the 36th had been disbanded. On 17 October 1918 Thornton was sent to Signal School and on returning to his unit was granted leave to Paris. He returned to England on 27 March 1919 and was admitted to hospital with a nasal obstruction on 17 April 1919. Thornton returned to Australia on the “Borda” on 11 May 1919.

On his return from the war Thornton was successful in gaining a block of land in Yarratt Parish. He moved with his wife to Port Macquarie in 1939.

Thornton died on 12 January 1961 at the age of 70 and is buried at Port Macquarie Cemetery.

A photo of Thornton in later years taken with his family. Thornton is the gentleman second from right. 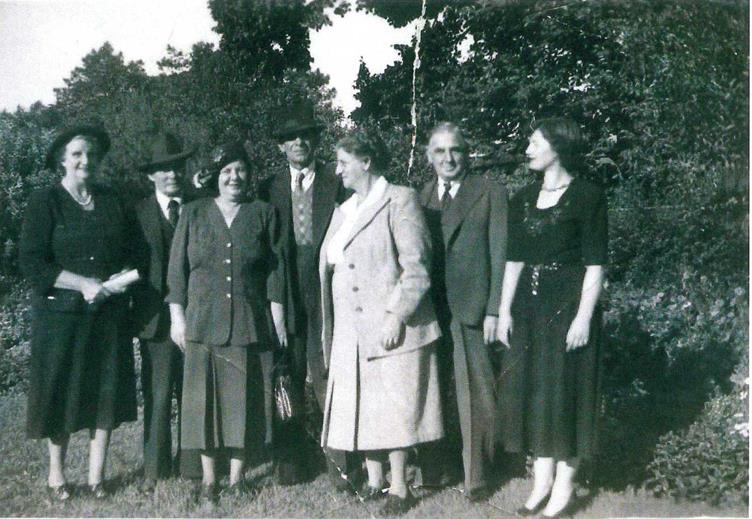 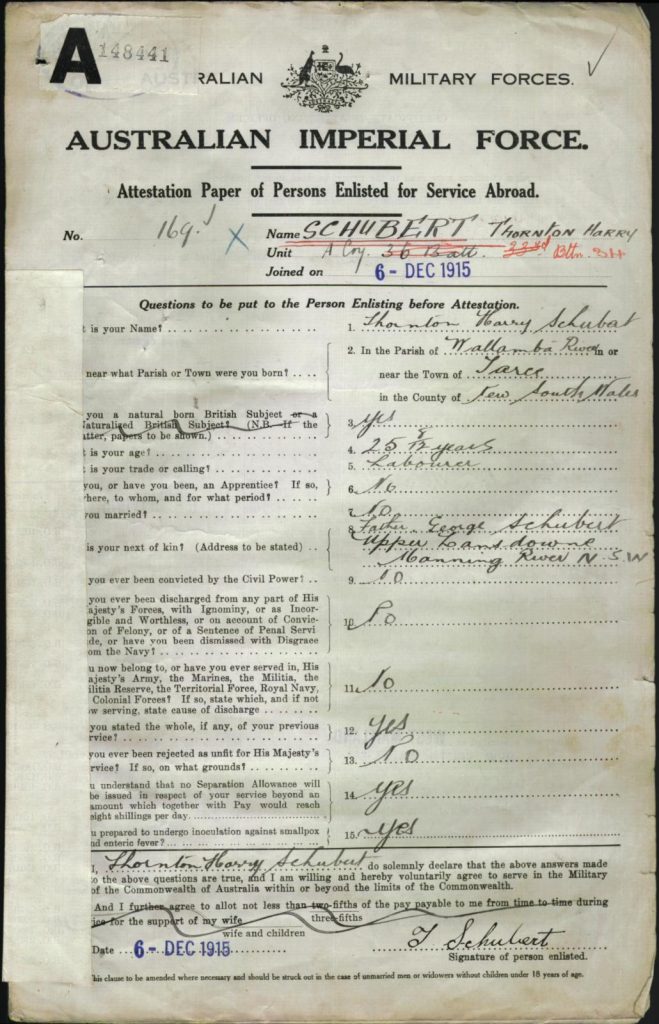 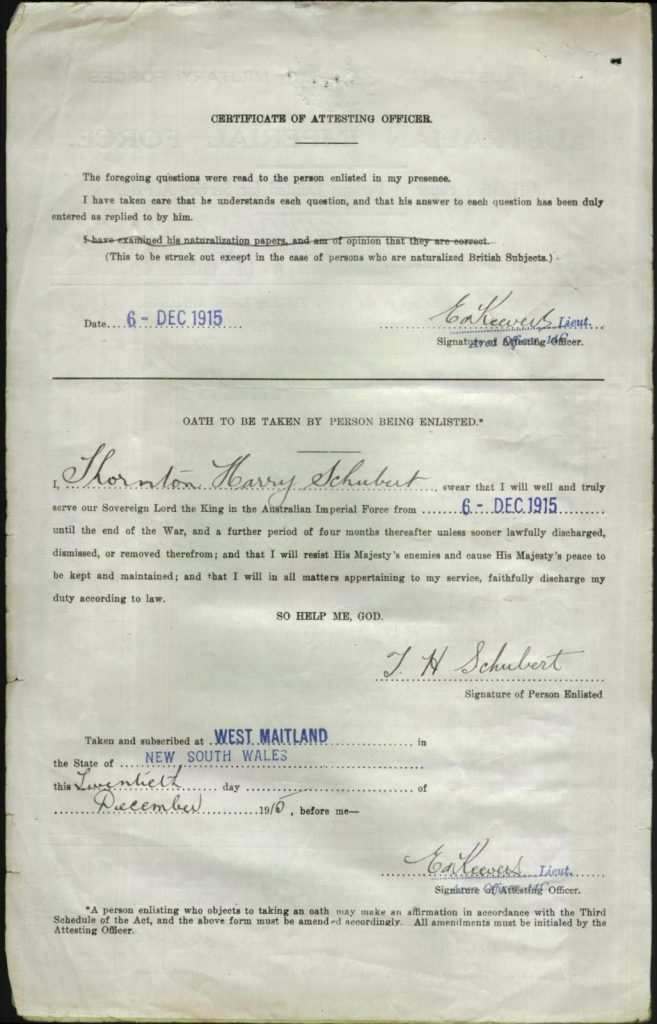 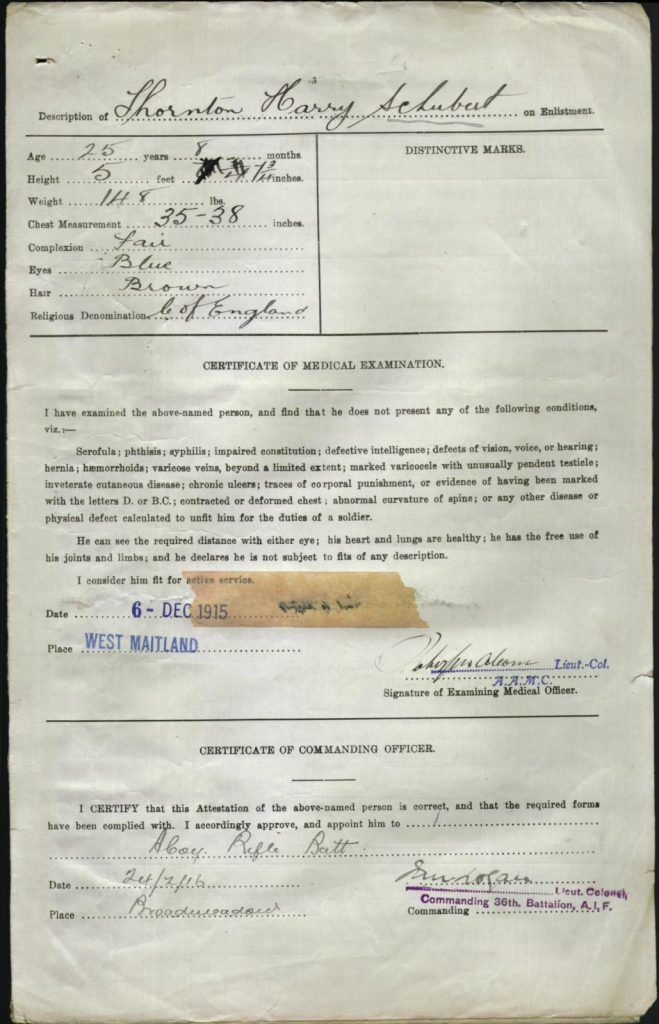