Raymond was born on 1 January 1882 to Emanuele and Mary Jane Cicolini of Upper Lansdowne having attended the Upper Lansdowne Public School. His occupation is noted as Farmer when he enlisted. He enlisted on 16 November 1915 aged 24 embarking from Sydney on 16 March 1916 on board HMAT A57 Malakuta.

He was taken on the strength of the 2nd Light Horse at Tel-el-Kebir on 23 April 1916, transferred to the Artillery Details on 25 May 1916 and embarked on the “Corsican” on 28 May 1916 to proceed to England. On 16 July 1916 he left for France and transferred to the 5th Ammunition Sub Park. He was then transferred to the 2nd A.S.F. on 1 October 1916. On 22 December 1917 he was granted a respite from the hardships of the front line and travelled to England for a well-earned break. He returned on 8 January 1918 and on 12 March 1918 was taken on the strength of the 4th A.D. Motor Transport where he met up with both of his brothers who also served in the same company. On 2 April 1918 he was appointed a driver and two months later, he was wounded in the early hours of 31 May 1918, crushed and maimed by falling debris in the barn he was billeted in, in Allonville north of Amiens. The Germans had been firing high explosive shells at 5 minute intervals into the village.

Raymond’s brothers Jack and Horace would have been with their dying brother during his last days alive. He died on the 3 June 1918 aged 26 years. His brothers buried him in Crouy British Cemetery west of Amiens, the town which he and his AIF colleagues defended under the gallant leadership of John Monash.

Raymond was awarded the British War Medal and Victory Medal.

His mother Mary Cicolini had the honour of laying the foundation stone when the Upper Lansdowne Memorial Hall was built in 1925. Cicolini Lane off Koppin Yarratt Road is named after this pioneering family. 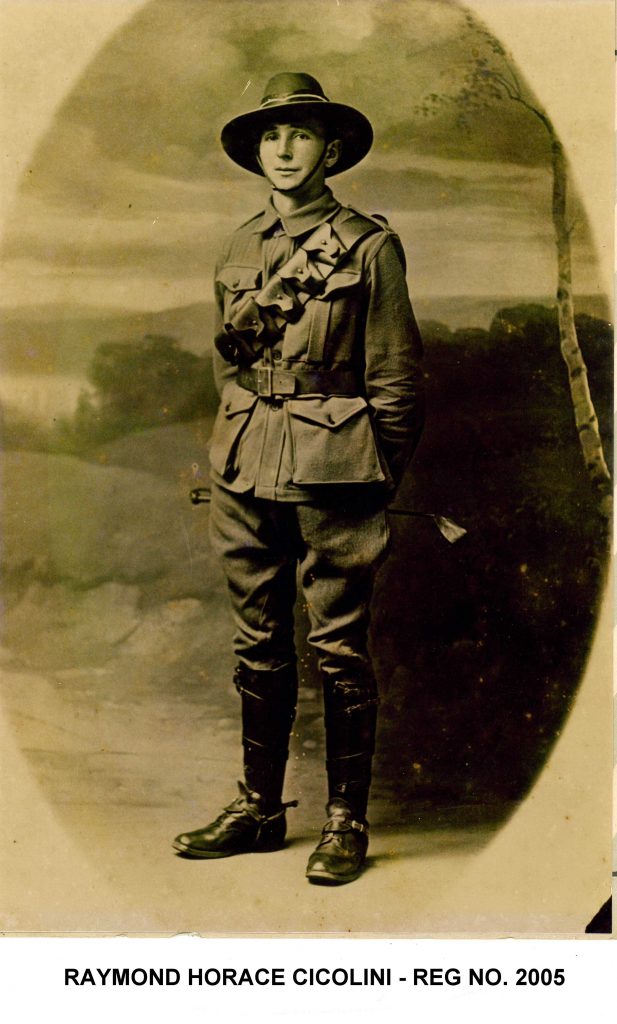 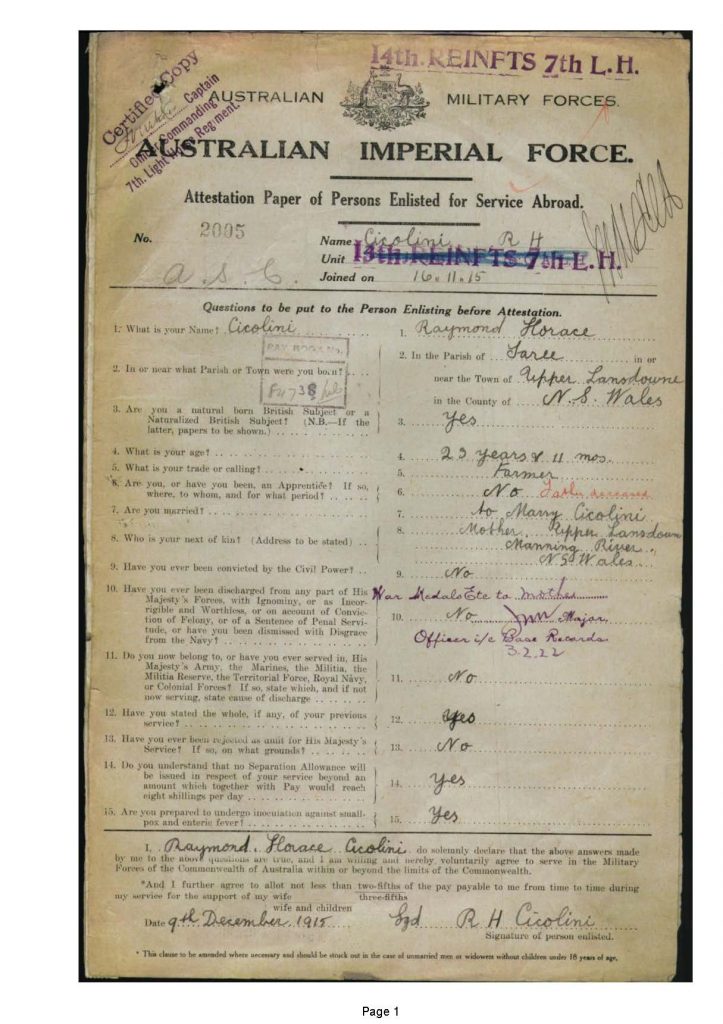 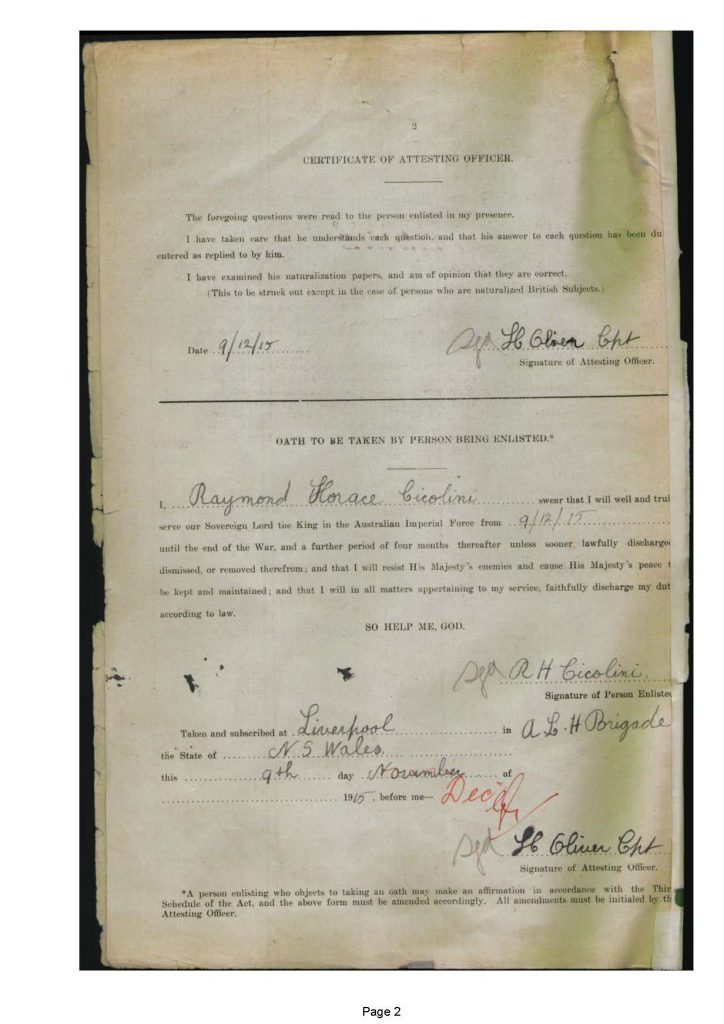 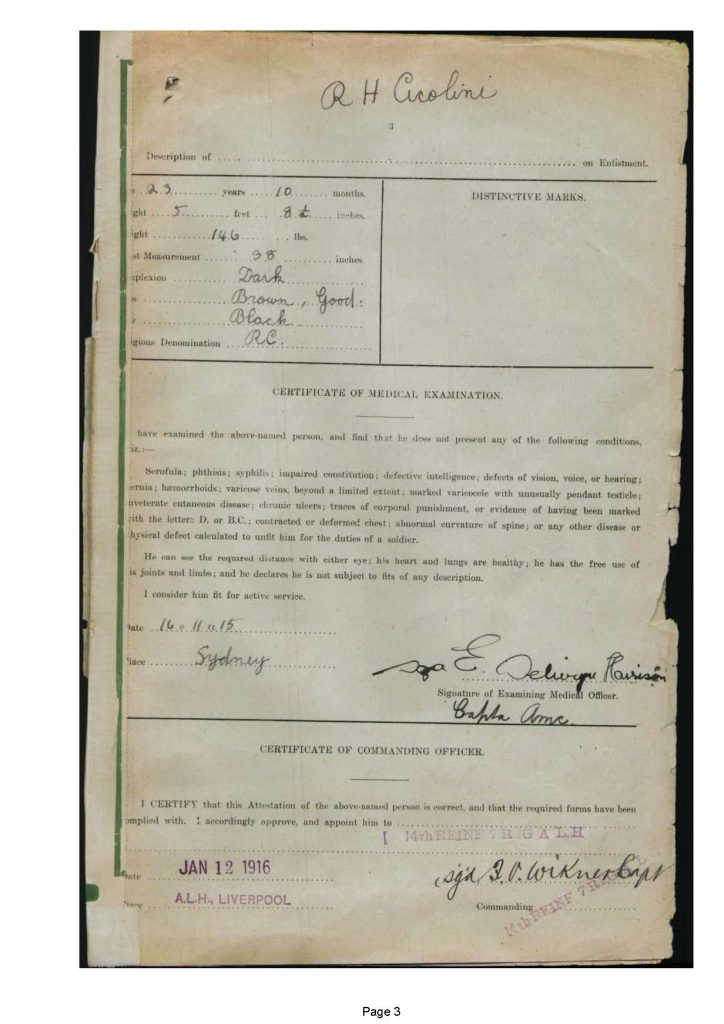 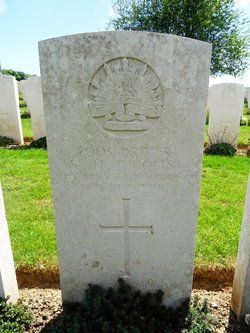 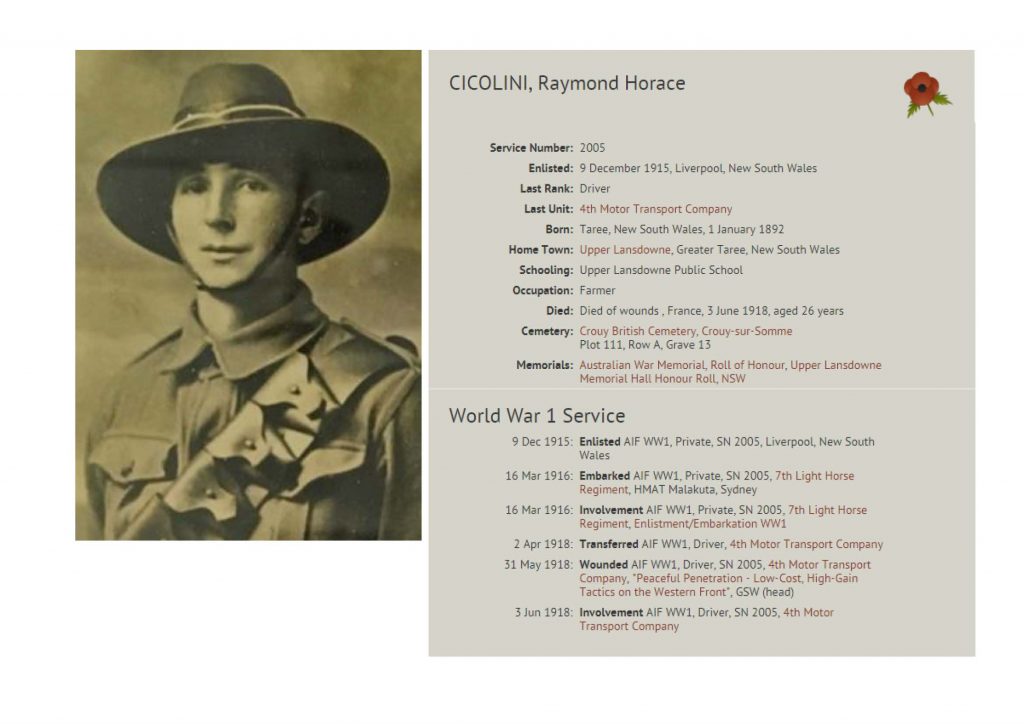